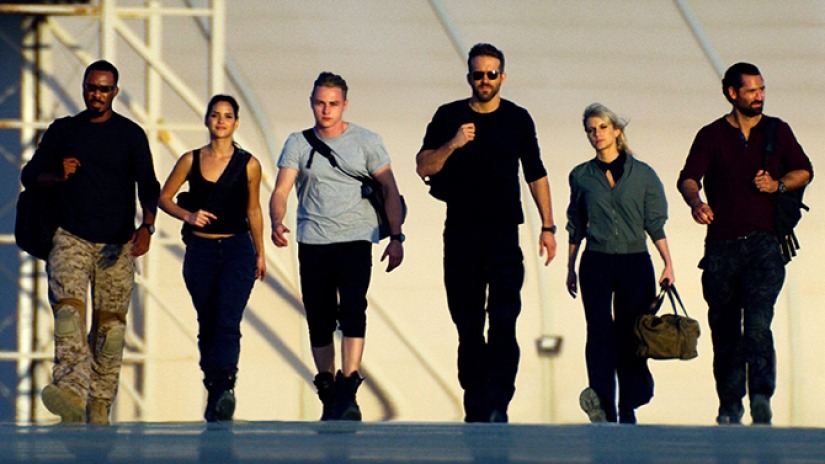 Info on Michael Bay’s first Netflix movie, the action flick 6 Underground, has mostly been relegated to the casting, led by Deadpool and Detective Pikachu‘s Ryan Reynolds. Reynolds gets tough as leader of a team who fake their own deaths in order to fight the world’s worst criminals in secret.

However, the movie’s first trailer does look pretty slick, and surprisingly restrained for Bay. I mean, don’t get me wrong, there are big gun battles, people running on top of buildings, explosions, and the quick camerawork we’ve come to expect from him. But compared to shit he was doing on Transformers it looks pretty tame; think Bad Boys era Bay.

Reynolds is joined in the cast by Adria Arjona, Corey Hawkins, Ben Hardy, the Now You See Me duo of Melanie Laurent and Dave Franco, plus Manuel Garcia-Rulfo. The script is by Reynolds’ Deadpool pals Rhett Reese and Paul Wernick.  6 Underground hits Netflix on December 13th.

SYNOPSIS: What’s the best part of being dead?
It isn’t escaping your boss, your ex, or even erasing your criminal record.
The best part about being dead…is the freedom.
The freedom to fight the injustice and evil that lurk in our world without anyone or anything to slow you down or tell you “no.”

6 Underground introduces a new kind of action hero. Six individuals from all around the globe, each the very best at what they do, have been chosen not only for their skill, but for a unique desire to delete their pasts to change the future. The team is brought together by an enigmatic leader (Ryan Reynolds), whose sole mission in life is to ensure that, while he and his fellow operatives will never be remembered, their actions damn sure will.