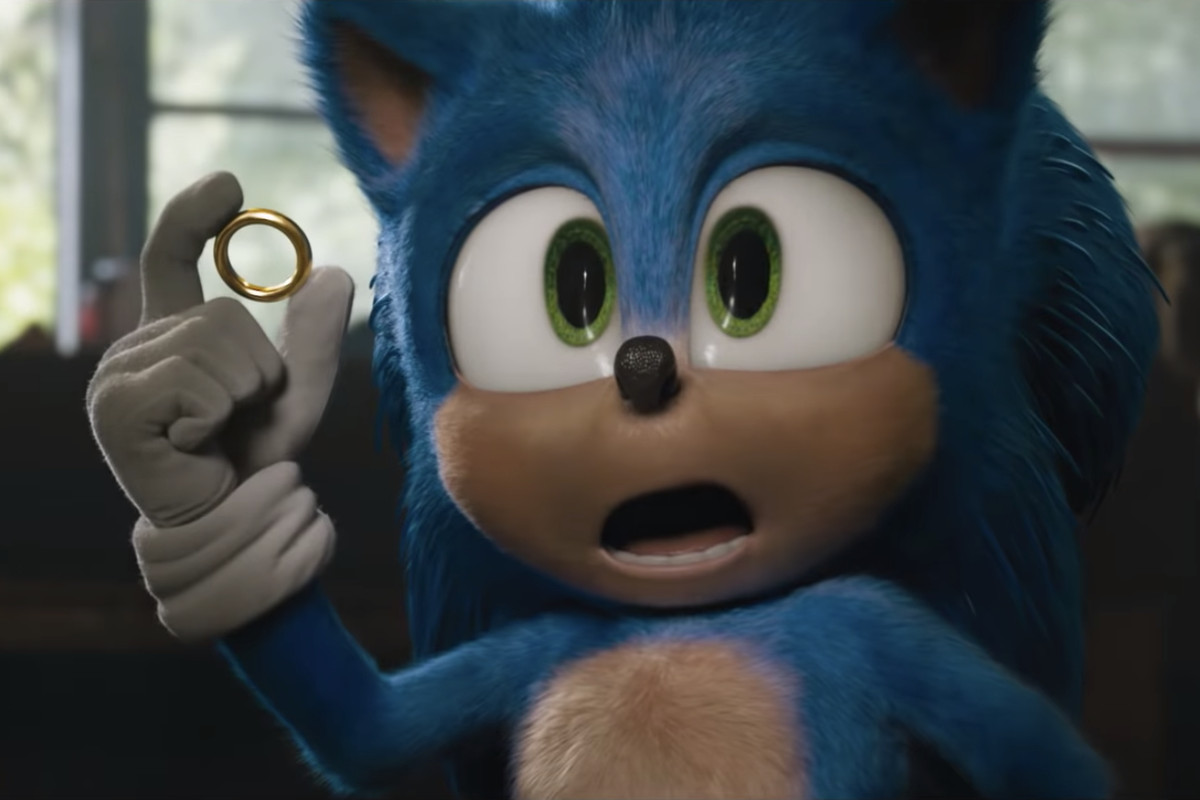 Sonic the Hedgehog became notorious long before its debut when promos showed how badly animators had botched his iconic look. Rather than pushing through the negative hype, the right move was made by having Blur Studios go back to the drawing board, recreating Sonic so that he resembled the furious Sega mascot gamers know and love. But that controversy is nothing compared to the new one that will arise when people see the movie, because only then will they realize Jim Carrey must’ve been injected with some alien hallucinogenic to be so batshit as Sonic’s techno-nemesis, Dr. Robotnik.

Sonic the Hedgehog is a character borne from the 1990s, and so it makes sense that his movie be an old school kid-friendly buddy comedy. The themes are pretty easy to understand, as well, rarely straying beyond simple “friendship”, as the speedy blue hedgehog with the spikey hair tries to combat his own loneliness. But whatever message the movie might have is secondary to Carrey who dominates literally every moment he’s on screen. giving such an exaggerated, wacky performance it makes Fire Marshall Bill look positively tame. Carrey’s pure madness personified, and it’s perfect for a movie about a talking hedgehog who can run faster than the speed of sound. What in the world were you expecting Carrey to do? This ain’t Eternal Sunshine of the Spotless Mind. When he wants to throw subtlety out the window he does it to the extreme, twirling his mustache and sounding like a crazy person.

While generally an upbeat movie to match the video game’s tone, it actually starts pretty dark as Sonic (voiced by Ben Schwartz) flees his jungle homeworld (modeled with all the loops and swerves of the game’s opening level) following a sudden tragedy. Using a bag of magic rings, he’s transported to Earth and the small town of Green Hills, Montana. Sticking to the outskirts to avoid being spotted, keeps himself busy by playing baseball…by himself, playing ping-pong…by himself, and basically doing everything by himself. He’s lonely, but finds comfort spying on the local townsfolk, including local cop Tom Wachowski (James Marsden) aka the Doughnut Lord, and his wife Maddie (Tika Sumpter). Unnecessary voiceover tells us that, aw shucks, Sonic isn’t just super fast, he’s also super lonely. Adults may not need that level of hand-holding but kids, who may think Sonic’s antics look like fun, will need the push. Fortunately, Sonic isn’t alone long enough for the narration to become a drag.

When Sonic’s powers trigger a massive blackout, the military gets called into action in a scene so ridiculous it could’ve been a Hot Shot! outtake. Leading the charge, for no good apparent reason, is the overly evil private contractor Dr. Robotnik, a tech-obsessed madman whose solution to every problem is to unleash unholy drone firepower wherever he goes. And soon, that includes Green Hills, where Sonic’s first encounter with Tom leads to his losing of the magic rings through a portal into San Francisco. He’ll need Tom’s help to get there, recover the rings, and escape through a new portal into a lonely mushroom world where it’s safe.

What follows is a fairly conventional road trip story, with Marsden paired up as the affable everyman opposite a frenetic CGI animal with an attitude, much like in the film Hop. The comedy set pieces aren’t terribly inspired; like a stop at a nearby motorcycle bar which ends, predictably, in a giant barroom brawl. During these sequences we do see the visual effects budget pushed with slow-motion sequences that’ll be very familiar to fans of the X-Men movies. Time slows down to a crawl, leaving Sonic free to rearrange the landscape for maximum hilarity. In his feature debut, director Jeff Fowler, a veteran animator who worked on Where the Wild Things Are, shows a strong hand with the CGI action. Sonic’s blue streak always looks cool when he’s on the go and taking on Robotnik’s vast technological arsenal. Fans of the old school platformer will dig the clever way Fowler incorporates some of the game’s signature style, particularly in the climactic showdown.

Sonic could’ve used more of the attitude that made him Sega’s antithesis to Nintendo’s Mario during the video game console wars. Marsden is abnormally good at clicking with animated characters, as Tom and Sonic find common ground in their willingness to sacrifice for the greater good. Both are overshadowed by Carrey, who is so insanely over-the-top he’s bound to be VERY divisive. He devours each line like a starving man on a deserted island, occasionally breaking into robot dance for no apparent reason, threating world domination like a megalomaniacal fool. I was completely into it, but your mileage may vary.

Zipping along at an appropriately brisk clip, Sonic the Hedgehog races to the finish line before you have time to fret over the details. As video game movies continue to strive for the love their comic book counterparts get, this is just a small hedgehog-sized step in the right direction. You probably won’t think too hard about the movie once it’s over, but don’t be surprised at an urge to fire up the ol’ Sega Genesis.