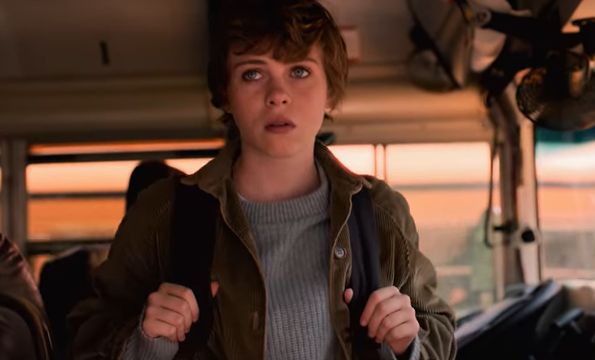 I am not okay with this. A phrase, I, like many, use often when faced with a predicament that makes me uncomfortable. I don’t, however use it under the context of super powers. In the new trailer for Netflix’s original series, aptly titled I Am Not Okay With This, a teenage girl played by Sophia Lillis (It franchise, Sharp Objects) must juggle high school life after losing her dad and gaining superpowers.

The trailer opens with the voice-over of a bloodied Sydney, a self-described “boring, 17 year old, white girl,” running from the cops. The trailer then takes us back into a montage of Sydney’s life; high school, teenage rage, writing in a journal, hanging with her best friend and douchey boyfriend, and meeting quirky classmate Stanley Barber (Wyatt Oleff, also of the It franchise). As her powers escalate, from telepathically throwing street signs to convenient store stock, Sydney must balance her friendships, anger, and powers while figuring out it’s okay to be weird.