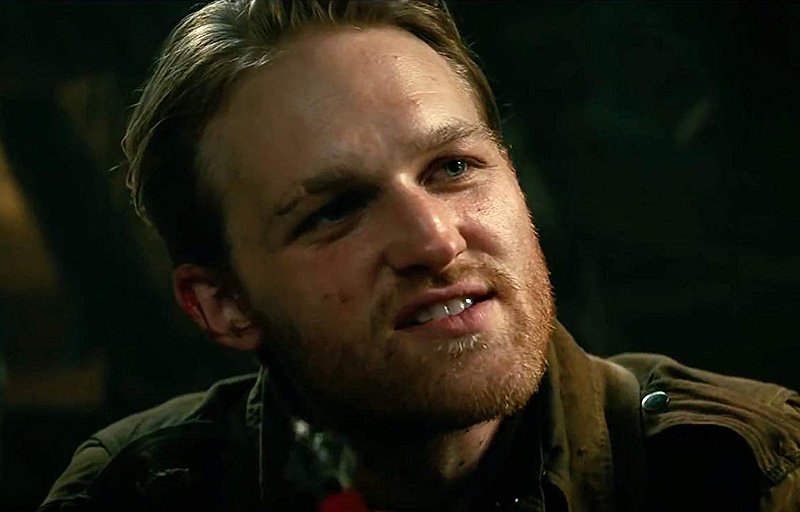 A remake of John Carpenter’s classic Escape from New York has been in the works for years, and has always stalled out for one reason or another. A big stumbling block? Finding someone to fill the shoes of Kurt Russell, who made the character Snake Plissken his own. With The Invisible Man‘s Leigh Whannell currently attached to write and possibly direct the film right now, Joblo asked him who he thought would be the right choice to play Plissken. His answer is so simple, so obvious, it probably has zero chance of happening.

“[Casting Wyatt Russell] seems like the obvious thing to win the fans over,” Whannell said.

Well, duh. If you wanted someone who looks exactly like Kurt Russell, you couldn’t do better than Wyatt, a spitting image of his father.  Wyatt was pretty great in Overlord, an over-the-top movie that felt very Carpenter-esque.

“That is an iconic character and I think that Snake Plissken is a part of people’s childhood and their adolescence,” Whannell said. “It’s near and dear to them. So I would tread very carefully with that…“I feel like a property like that doesn’t have the same freedom as maybe something like The Invisible Man does. He has more elasticity as a character because so many people have had their fingerprints on that. There’s been TV shows and comic books, whereas with Escape from New York, we’re talking about one definitive movie here and you don’t want to mess with it. We’ll see what happens.”


Whannell’s “We’ll see what happens” doesn’t instill me with a ton of confidence this movie is a sure thing just yet. Having seen what he can do with the wildly entertaining Upgrade, I have no doubt Whannell could do justice to Carpenter and fans of Escape from New York and its sequel, Escape from LA.