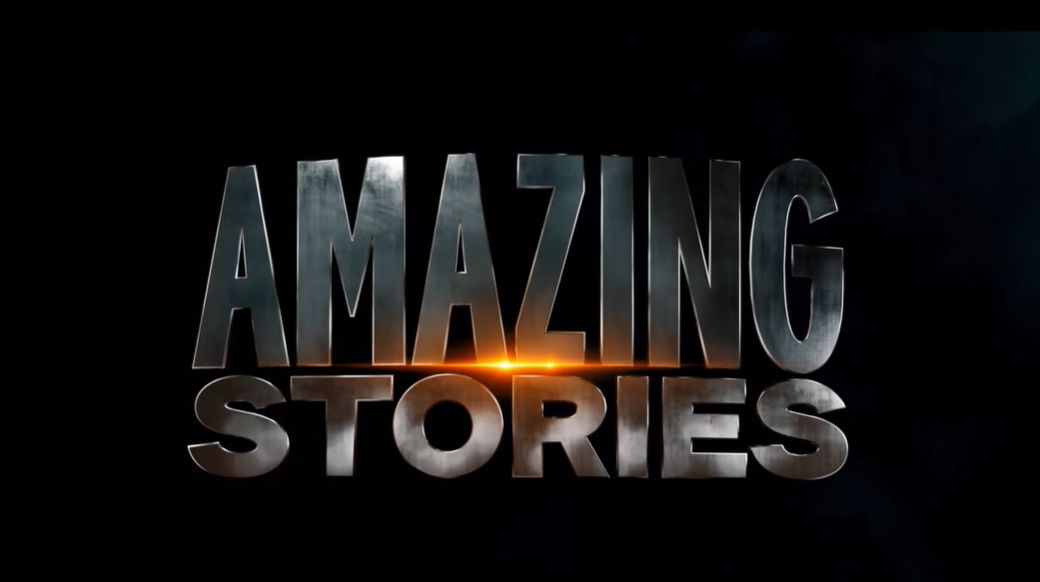 The 80’s weren’t just the golden age of big hair and neon, they were also the best time possible for anthology fans. While most trended toward horror and dark sci-fi  Amazing Stories had more of an Amblin feel too it, which should have been obvious since Steven Spielberg was behind the whole thing. Nowadays the short lived, but groundbreaking series has all but escaped the public zeitgeist and certainly isn’t what comes to mind when you talk about anthology series (most people go right to Outer Limits, Twilight Zone, or Tales from the Crypt). Thank God someone remembered and thought to bring the show back, if for no other reason then out of respect for the fact that the original series has the distinction of featuring the very first all CGI character, years before Jurassic Park, Toy Story, or Star Wars.

This new series trailer seems a little odd to me in presentation, instead of separate stories it almost feels like one big story with separate threads, though that may just be in the editing. While not exactly star-studded the show has plenty of recognizable names and most importantly Spielberg himself is involved. After Apple TV+’s first run of shows, which were all good but failed to make a lasting impression I’m really hoping this one gains some traction. Check out the trailer below and let us know what you think in the comments!

‘The Outfit’ Trailer: Mark Rylance Must Outwit The Mob In ‘The Imitation Game’ Writer’s Directorial Debut