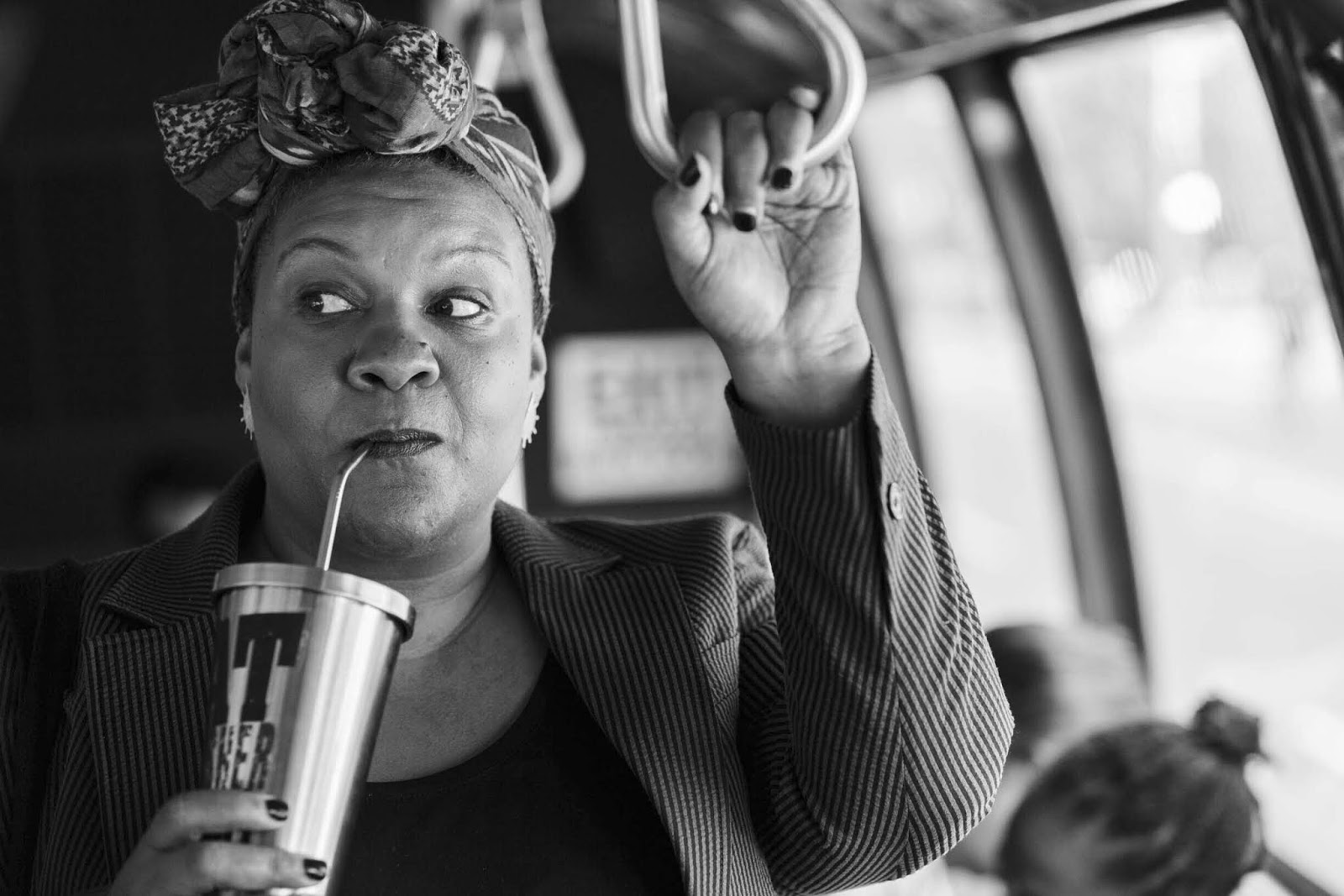 The frustration felt by a black aspiring playwright comes fairly early on in Radha Blank’s funny, observant, and overlong The 40-Year-Old Version. Radha, playing a heightened version of herself, chokes out a white producer (Reed Birney) who criticizes her play on Harlem gentrification, questioning whether a black person actually wrote it, then offering her a job writing a culturally palatable Harriet Tubman musical, instead. We don’t agree with her attack, but we can kinda-sorta understand it.

The 40-Year-Old Version is shot in gorgeous 35mm black & white by Clemency cinematographer Eric Branco, giving us a gritty, street-level look at New York similar to the early work of Spike Lee. The film is never dull to look at, and that includes its star, always with a wry look in her eye and a new headwrap as she sucks down on an ever-present unknown diet drink. Radha’s midlife crisis is fueled, like most midlife crises, by unfulfilled potential. A playwright whose inclusion in a prestigious “30 under 30” list set her up for greatness, Radha is instead teaching creative writing to troublesome students and struggling to pay her rent every month. In a series of montages we are introduced to her little corner of Harlem, where a 70-year-old woman offers backhanded advice, a homeless man won’t mind his own business, and a Korean store owner makes lewd advances. Radha desperately wants to create, to bring the reality of her Harlem to the stage. During one funny/sad scene, she wails “I just want to be an artist!” while a saucy BBQ rib hangs on for dear life in her hand.

But it’s hard out there for a black woman to find a place where her creative voice can be heard and appreciated. The system is designed to shut it out, or like in the case of that producer, to homogenize it. After his successful all-female version of 12 Angry Men, that producer wants Radha to add a prominent white character to her play, Harlem Ave, and for it to undergo extensive rewrites overseen by a white director. Radha is forced to choose between staying true to herself, or selling out to achieve what she’s always wanted.

A bit aimless at first, the film eventually finds its voice just as Radha discovers hers. Tapping into her long-held passions for poetry and rap music, Radha transforms herself into rapper RadhaMUSprime (the real-life Radha’s alter ego), where all of the things she hopes to say on stage can be unleashed on the microphone. With the aid of quiet, stoic producer D (excellent newcomer Oswin Benjamin), Radha experiences a creative awakening, but the pull of her white-washed play lingers, largely due to her flamboyant agent and best friend Archie (Peter Y. Kim) who won’t let her give up on it.

The real-life Radha has a list of accomplishments (including writing episodes of Empire and She’s Gotta Have It) that the screen version would kill (or choke someone out) for. But in her feature writing/directing debut, it’s safe to say Radha has never done anything quite this personal, frequently recalling and displaying the work of her late artist mother, establishing a legacy that Radha is desperate to continue. But at what cost? Is the achievement of one’s dream worth it if everything one stands for is compromised? Is that what being a true artist means? It’s likely Radha is pulling from her own struggles to break into the business as inspiration for the movie’s many astute and witty comments.

With so much that Radha has on her mind, there’s apparently nothing left on the cutting room floor. Clocking in at 129-minutes (made to feel longer by the incorrect runtime announced by our screening’s host), The 40-Year-Old Version‘s biggest problem is that it overstays its welcome. Radha is one Hell of a character, a very big personality, but so many of the characters in this film are over-the-top and it gets tiresome over such a long stretch. The script gets clunkier, less focused (a diversion into the world of battle rap is unnecessary) and more on-the-nose, with Radha eventually rapping her epiphany to a stunned audience’s rapt approval. For a first-time feature the film is a bit rough around the edges but not without its charms, with the greatest of them being Radha herself. She’s a star in the making, so look out.