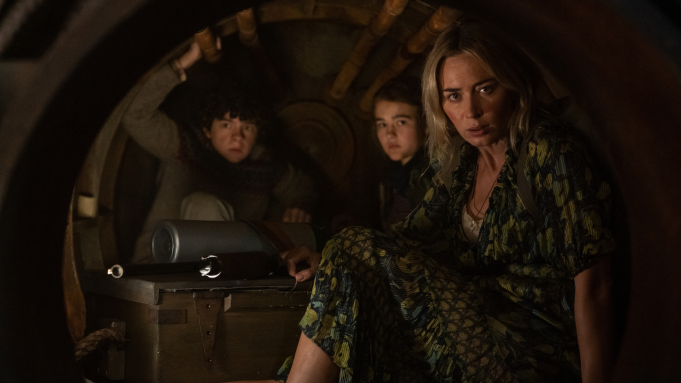 Super Bowl Sunday is right around the corner; one of the busiest, loudest days of the year. It seems an unlikely venue to debut a new spot for A Quiet Place Part II, but Paramount hopes the sequel can make as much noise as its hit predecessor did two years ago.

Once again directed by John Krasinski, who also wrote the script this time, A Quiet Place II seems to pick up right where the last film left off, with Emily Blunt’s character leading her family, and newborn child, out into a dangerous world. While the noise-tracking monsters still lurk, it’s the humans scrounging for survival they must also look out for.

Noah Jupe and Millicent Simmonds return, and we see Krasinski’s character quickly in flashback. Newcomers to the franchise (because that’s what it is now) include Cillian Murphy and Djimon Hounsou. We’ll see if any of them survives for a third movie.

A Quiet Place Part II opens March 20th! Check out the trailer as well as a new featurette.