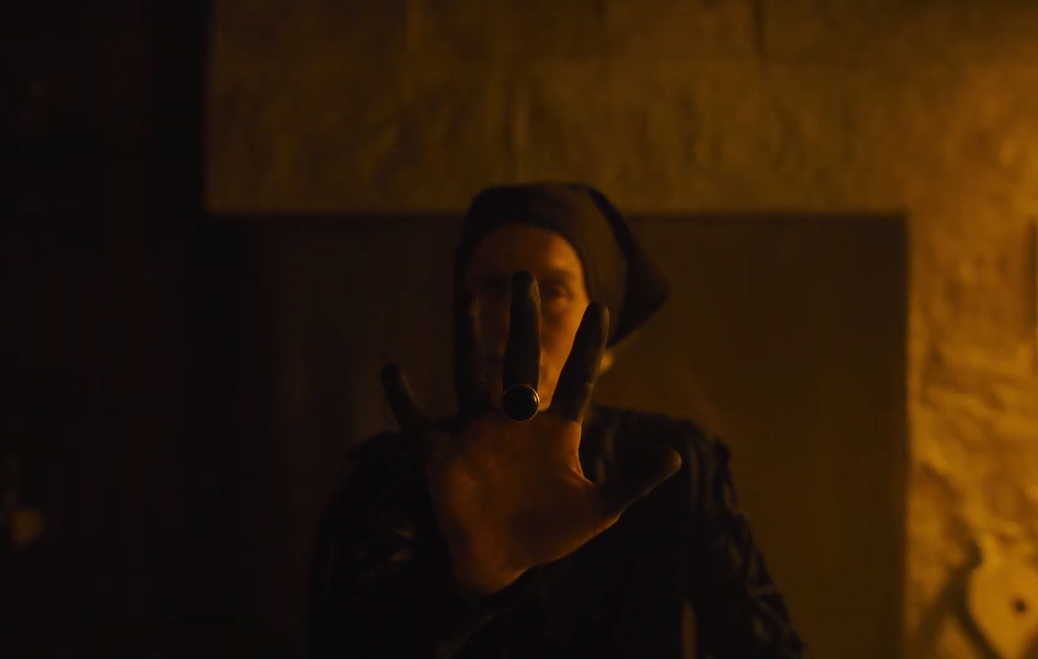 As the title suggests, Gretel & Hansel isn’t going to be your typical screen adaptation of the Brothers Grimm fairy tale. Now, it’s not going to be nearly as extreme as 2013’s Hansel & Gretel: Witch Hunters, but it’s clear director Oz Perkins is looking to bring a current sensibility by focusing on Gretel rather than her brother.

Otherwise, this appears to be a straight-forward adaptation. It and Sharp Objects star Sophia Lillis plays 16-year-old Gretel, with Sammy Leakey as her 8-year-old brother, Hansel. The two make the grievous error of venturing into a foreboding wood, where they encounter a cannibalistic witch who kidnaps them.  Playing the Witch is Alice Krige, who you may recall as the Borg Queen in Star Trek: First Contact.

SYNOPSIS: A long time ago, in a distant fairytale countryside, a young girl (Sophia Lillis, It) leads her little brother (Sammy Leakey) into a dark wood in desperate search of food and work, only to stumble upon a nexus of terrifying evil.