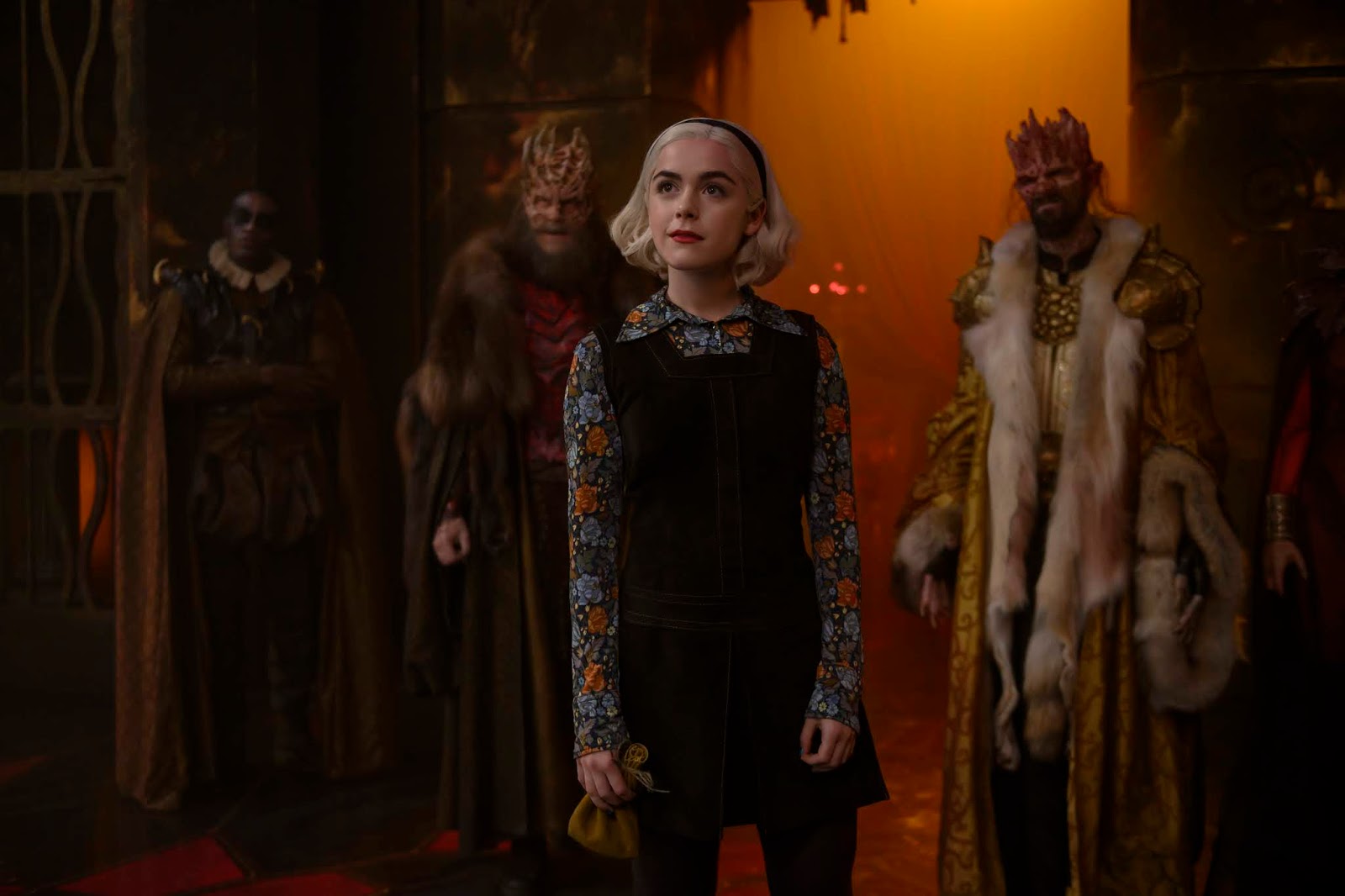 Because that witchy music video for Chilling Adventures of Sabrina Part 3 simply wasn’t enough, Netflix has dropped a proper trailer for the supernatural Archie spinoff. The previous “season” saw Sabrina, played by former Mad Men star Kiernan Shipka, embracing her darker side while still trying to keep to a normal teenage life. That proved difficult when it was revealed her father is Lucifer himself.

In Part 3, we find Sabrina venturing to Hell to rescue her boyfriend, Nick Scratch, who sacrificed himself to save her life. The series has followed a creative path very similar to Buffy the Vampire Slayer. The first season was fairly light in tone, following a “creature of the week” framework that was easy to get into. But as time went along, storylines have matured in a way that has removed some of the fun. It’s a difficult balance being walked by creator Roberto Aguirre-Sacasa, but he’s got a tremendous cast of young stars helping him to pull it off.

SYNOPSIS: Part Three finds Sabrina reeling from the harrowing events of Part Two. Though she defeated her father Lucifer, the Dark Lord remains trapped within the human prison of her beloved boyfriend, Nicholas Scratch. Sabrina can’t live with herself, knowing that Nick made the ultimate sacrifice and is suffering, burning in Hell under Madam Satan’s watchful eye. So with an assist from her mortal friends, “The Fright Club” (consisting of Harvey, Rosalind, and Theo), Sabrina makes it her mission to free him from eternal damnation and bring him back into her arms. However, the Dark Lord’s unseating has sent shockwaves through the realms—and, with no one on the throne, Sabrina must assume the title of “Queen” to defend it against a challenger, the handsome Prince of Hell Caliban. Meanwhile, in Greendale, a mysterious carnival rolls into town, bringing with it a threat to the Spellmans and the coven: A tribe of pagans looking to resurrect an ancient evil…