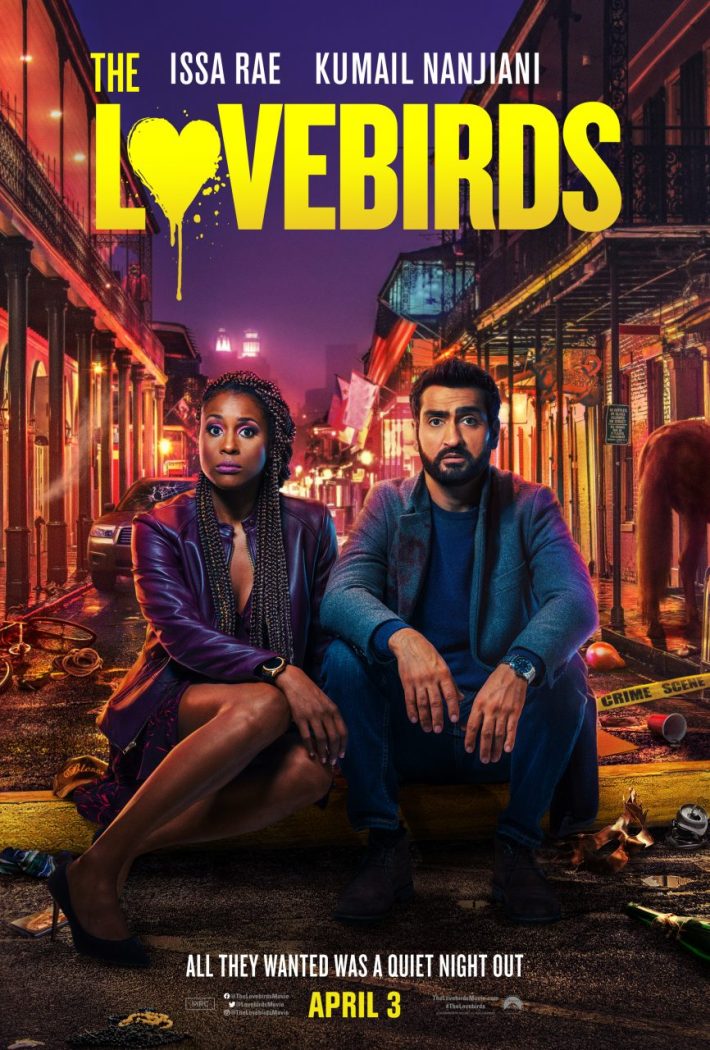 Kumail Nanjiani and Issa Rae are two of the funniest people around, so expecting a traditional romance from them? Out of the question. In the new comedy The Lovebirds, which debuted its first image just yesterday, Nanjiani and Rae are a romantic couple who find their relationship tested when they are embroiled in a murder mystery.

The film reunites Nanjiani with The Big Sick director Michael Showalter, who previously worked on comedy classic Wet Hot American Summer. Also in the cast are Pitch Perfect‘s Anna Camp, Paul Sparks, and Kyle Bornheimer.
SYNOPSIS: A couple (Issa Rae & Kumail Nanjiani) experiences a defining moment in their relationship when they are unintentionally embroiled in a murder mystery. As their journey to clear their names takes them from one extreme – and hilarious – circumstance to the next, they must figure out how they, and their relationship, can survive the night.

The Lovebirds hits theaters on April 3rd, but will premiere at SXSW in March.