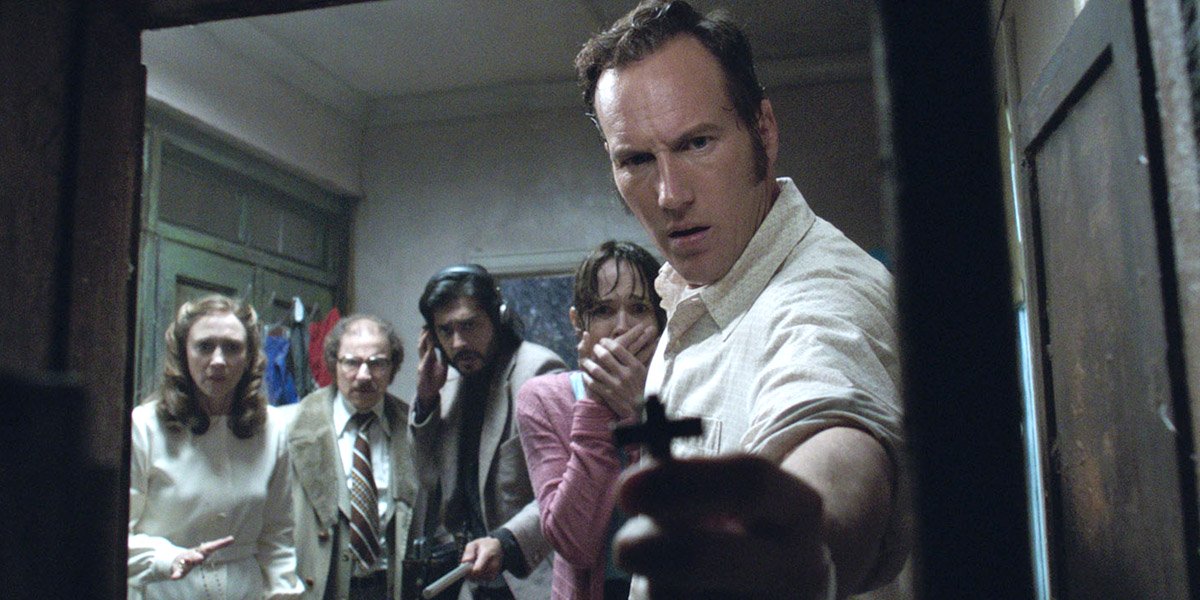 So now that Annabelle Comes Home has proven Ed & Lorraine Warren’s daughter can’t stay out of paranormal trouble just like her parents, it’s time to return to the franchise proper with The Conjuring 3. New Line has revealed the sequel’s official title, and it’s a good one: The Conjuring: The Devil Made Me Do It. Might the Warrens be clashing with the ultimate evil himself?

Probably not, since these films tend to be based on the Warrens’ real-life case files. Patrick Wilson and Vera Farmiga return as paranormal investigators Ed & Lorraine Warren, and the story centers on one of the first cases in U.S. history where a murder suspect used demonic possession as a criminal defense.

Here’s the synopsis: “A chilling story of terror, murder and unknown evil that shocked even experienced real-life paranormal investigators Ed and Lorraine Warren. One of the most sensational cases from their files, it starts with a fight for the soul of a young boy, then takes them beyond anything they’d ever seen before, to mark the first time in U.S. history that a murder suspect would claim demonic possession as a defense.”


This will be the first movie in the Conjuring franchise not to be directed by James Wan, who is way too busy with other projects at this point. He’s handed the reins over to Michael Chaves, who directed The Conjuring Universe spinoff The Curse of La Llorona.  David Leslie Johnson-McGoldrick, writer on Aquaman and The Conjuring 2, will handle the script.

The Conjuring: The Devil Made Me Do It opens September 11th 2020.