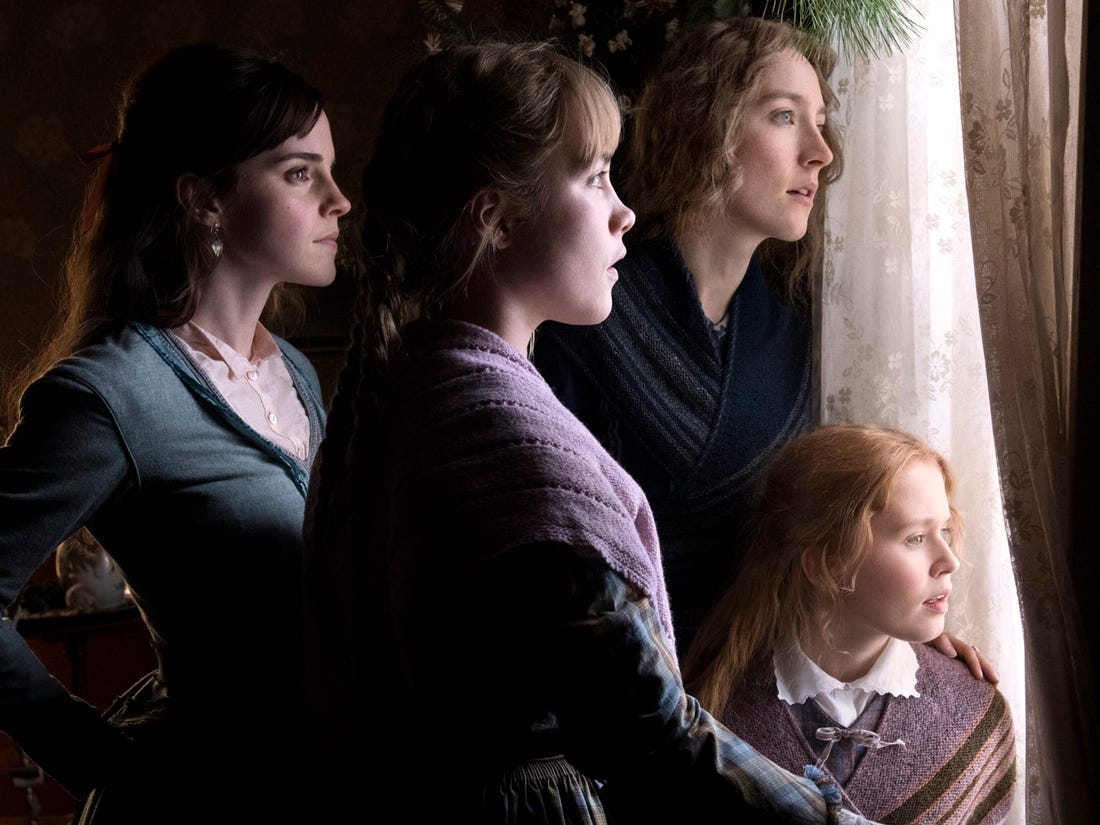 It’s the coming of age story that is almost injected into every young American girl growing up. Written in 1868 by Louisa May Alcott and known as the quintessential novel for young girls ever since, Little Women has seen many adaptions on screen over the years including the 1994 Susan Sarandon and Winona Ryder. This newest version feels like the optimal version, with a modern feminist spirit woven throughout the piece and Lady Bird director Greta Gerwig in the writer/director’s chair. Set during and after Civil War, sisters Beth (Eliza Scanlen), the quiet musician, Amy (Florence Pugh), the precocious and annoying youngest sister, Meg (Emma Watson), the beautiful put together oldest sister, and Jo (Saoirse Ronan), the independent hot temped middle sister, help their mother Marmee (Laura Dern) scrape by during wartime by feeding the sick and donating food. Each sister has a dream that propels them into their futures, Jo with her writing, Beth with her music and eventual illness, Amy with her painting and Meg wanting a family and a stable financial situation. Capturing their lives over an 8 year period, from Jo’s first love Laurie (Timothee Chalamet) to Amy’s painting in Paris under the watchful eye of her Aunt March (Meryl Streep), Gerwig is able to capture a modern sensibility in the classic story of coming of age.

If Lady Bird was known for epitomizing the mother/daughter relationship than Little Women should be known for epitomizing the sister relationship onscreen. Many of the previous adaptions, focused more on the romance between Meg and John Brooke or Jo and Laurie, and while they are certainly a part of the story, Gerwig’s script focuses on creating an authentic relationship between the sisters in a way we haven’t seen before. There’s a timelessness to Gerwig’s dialogue, speeches that could be said a hundred years from now or even in 1868. While the script emphasizes sisterhood in ways past productions have not, this new adaption does underplay some of the personal lives of the other sisters. Though it’s really Saoirse Ronan’s movie, played brilliantly by the Irish actress, Emma Watson, Laura Dern, and dare I say, Meryl Streep, get washed into the background. The movie doesn’t suffer for it all, but it does seem like a waste for all that star power to not be used to its full potential.
Ronan brings a larger than life authenticity to Jo, recognizable in any young woman with a passionate dream. You feel every heartbreak and joy Jo feels and that is impart to Ronan’s brilliant ability to present layers of character through a single eye roll and grimace. Florence Pugh also delivers a heartbreakingly real performance as Amy, the sister hopelessly in love with her sister’s best friend who also dreams of being the best painter in the world. “I want to be the best or nothing,” she laments to Laurie. It’s this passion, the “all or nothing, I have everything to prove” attitude that encapsulates so many young women today, proving the importance of this adaption. 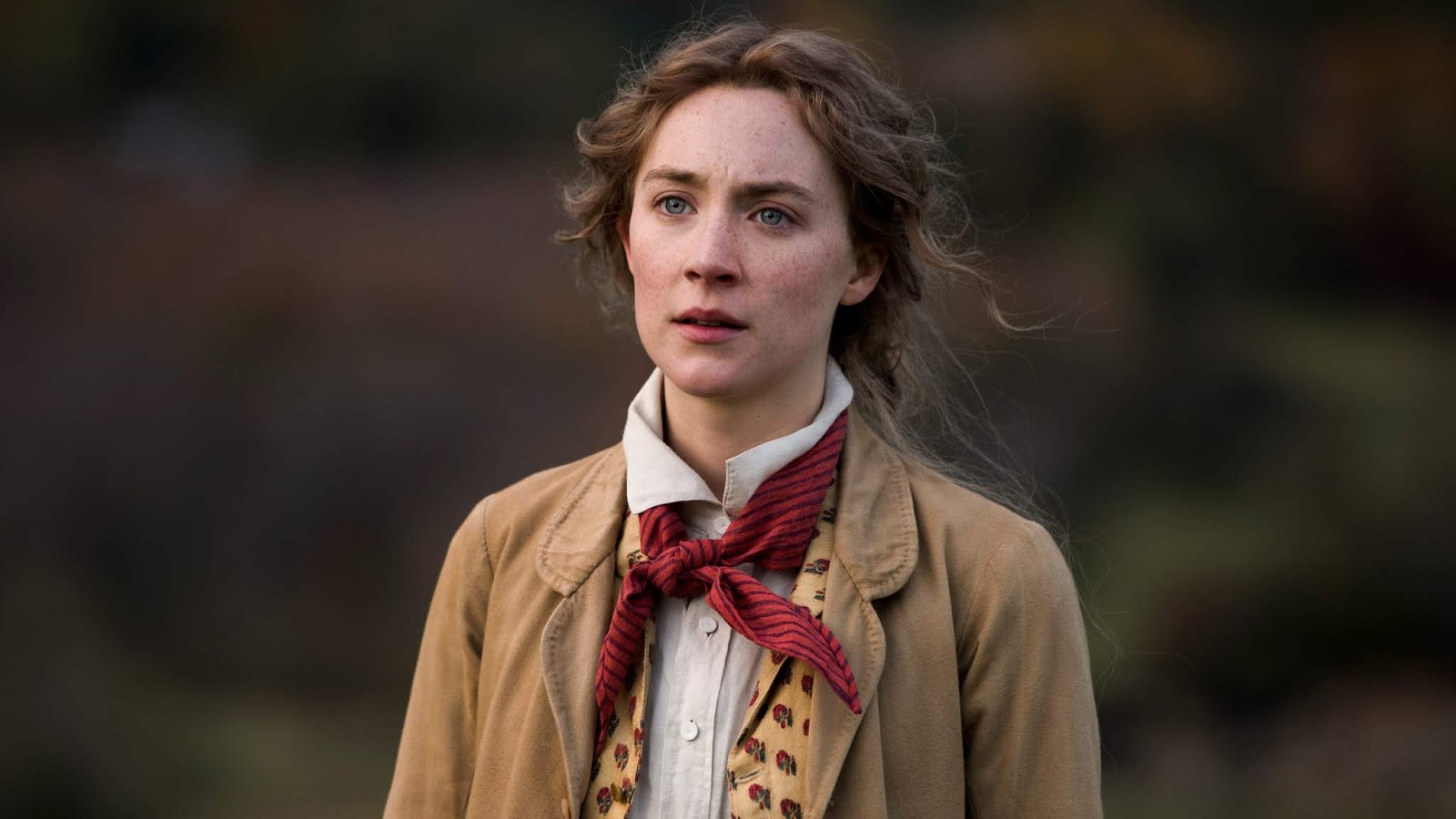 It’s a crime that Greta Gerwig was not nominated for a directing Golden Globe for this film. Not only does her directing amplify the best in her actors and her own script, but everything you see onscreen feels cohesive. She is able to create a slice of life that still feels so current and important, whether it’s indicating the passage of time through lighting or Jo using the perfect word to punch down Amy after she burns her book. Gerwig makes a film that could easily be seen as trite and less than because it’s considered a “female” story, seem dire, important and vital. Easily one of the best films of the year, in a year where female directors flourished more than ever before, Greta Gerwig proves that a woman can make breathtaking, art-house quality cinema and make it mainstream and accessible. I’m calling it now, Greta Gerwig could make Joker, but Joker director Todd Phillips couldn’t do what Gerwig does with Little Women.
4.5 out of 5