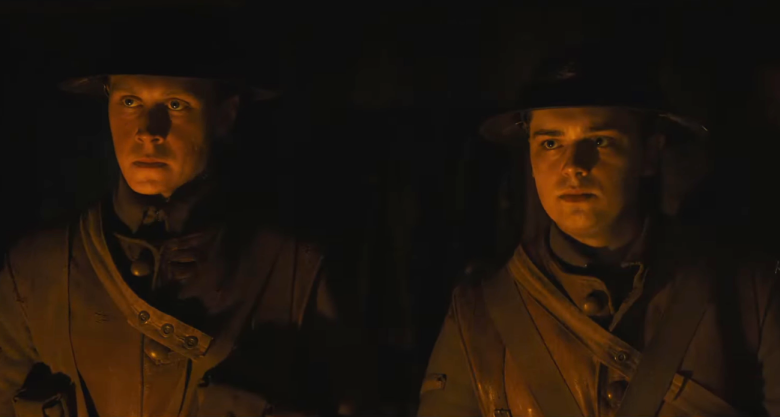 World War I doesn’t often get its due on the big screen, but Academy Award-winning director Sam Mendes and writer Krysty Wilson-Cairns change that in a major way with 1917. The groundbreaking war film stars George MacKay and Dean-Charles Chapman as soldiers sent on what amounts to a suicide mission, to cross the dangerous No Man’s Land and prevent British troops from rushing into a German trap. If they fail, nearly 2000 troops will be slaughtered, including the brother of one of the two men.

Based on stories Mendes was told by his grandfather, 1917 is both intimate and sprawling, putting you there on the frontlines and into the trenches of war too big to fathom at the time. This is no ordinary story, and Mendes and Wilson-Cairns devised it to be shot in an extraordinary way. With the aid of the great cinematographer Roger Deakins, the film was shot in a  single continuous take, a grueling technique that pays off in a visceral, thrilling experience.

I had a chance to talk with Mendes and Wilson-Cairns about 1917, their decision to shoot in a single take, her apparent WWI geekdom, and the trajectory of Mendes’ directing career. He talks about starting off with his Best Picture-winning American Beauty, and the influence his experience in the James Bond franchise had in choosing 1917 as his next project.

1917 is in theaters now. You can check out my review here and listen to the interview below!

Listen to “1917: Sam Mendes And Krysty Wilson-Cairns On Their Groundbreaking War Film” on Spreaker.