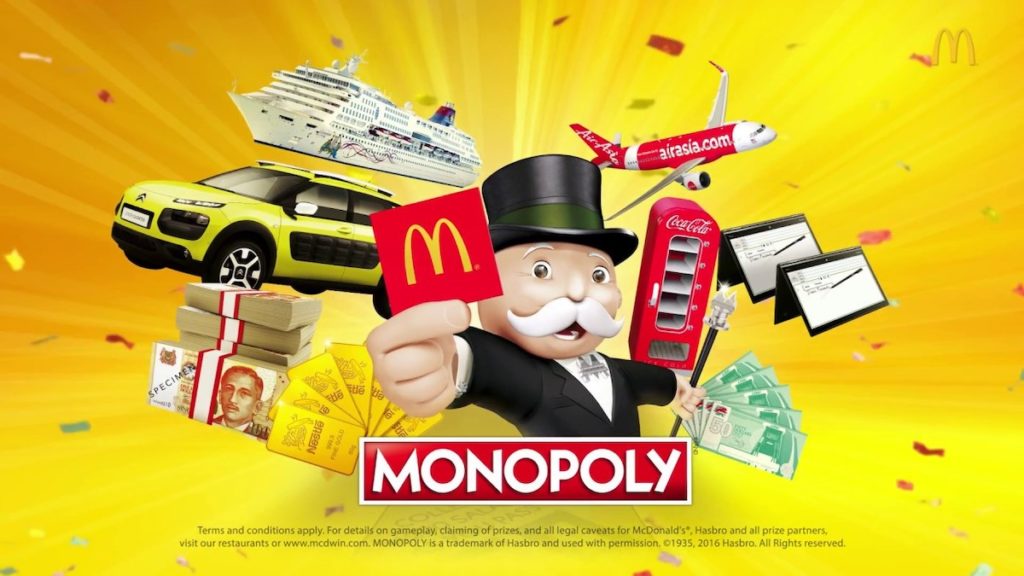 More than a year ago Ben Affleck, Matt Damon, and Deadpool writers Rhett Reese and Paul Wernick began developing a movie based on the 2000 McDonald’s Monopoly scandal, based on a wildly entertaining Daily Beast article about a guy who figured out how to rig the game. Well, they’ve all been beaten to the punch by HBO who will get to tell that story first in an upcoming docuseries, titled McMillions.

The trailer for McMillions shines a light on former security chief Jerome Jacobson, who used his position to figure out a way to rig the system and supply winning game pieces to his friends and others, including figures in the mob.  Mark Wahlberg is on board as exec-producer, and he and HBO have obviously been working together for years dating back to Entourage.

SYNOPSIS:
This documentary series chronicles the stranger-than-fiction story of an ex-cop turned security auditor who rigged the McDonald’s Monopoly game promotion for a decade, stealing millions of dollars and building a vast network of co-conspirators across the U.S. The series draws on exclusive firsthand accounts and archival footage, featuring: the FBI agents who brought down the gaming scam; McDonald’s corporate executives, who were themselves defrauded; the lawyers who tried the case; and the culprits and prizewinners who profited from the complicated scheme, as well as the individuals who were often unwittingly duped into being a part of the ruse.

This looks like a lot of fun, and may actually boost interest in Affleck’s feature film, assuming it gets off the ground.  Check out the trailer for McMillions below, then look for it to hit HBO next year.