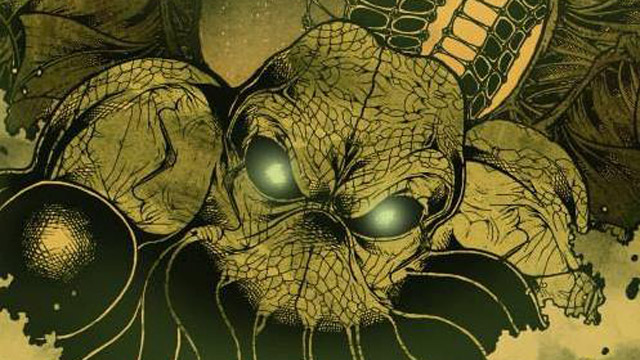 Like so many directors who had a quick meteoric rise, Game of Thrones creators David Benioff and D.B. Weiss are in the midst of a freefall, at least with their public image. Professionally, well, things are actually pretty good. Sure, they’re no longer attached to a Star Wars trilogy, but that came after signing a massive nine-figure deal at Netflix. That makes their next project somewhat surprising because it’s not at Netflix, but at Warner Bros., and it’s based on the Hans Rodionoff and Keith Giffen graphic novel, Lovecraft.

Deadline reports Benioff and Weiss’ next project will be an untitled Lovecraft thriller, a fictionalized story set “in 1920 within the Cthulhu mythos” in which the characters created by cosmic-horror writer H.P. Lovecraft are real.  The film will be written by Matt Manfredi and Phil Hay, the duo behind Karyn Kusama’s excellent Destroyer and The Invitation. Kusama will serve as exec-producer.

The Cthulhu is the octopus-like cosmic deity usually worshipped by cultists. It’s one of the great gods of Lovecraftian mythology, and has been featured in movies, games, theatre, and more.

A surprising move for Benioff and Weiss, especially in light of the Netflix deal. This project apparently predates that one, which is why they’re doing it, but I wonder how Netflix feels about it?