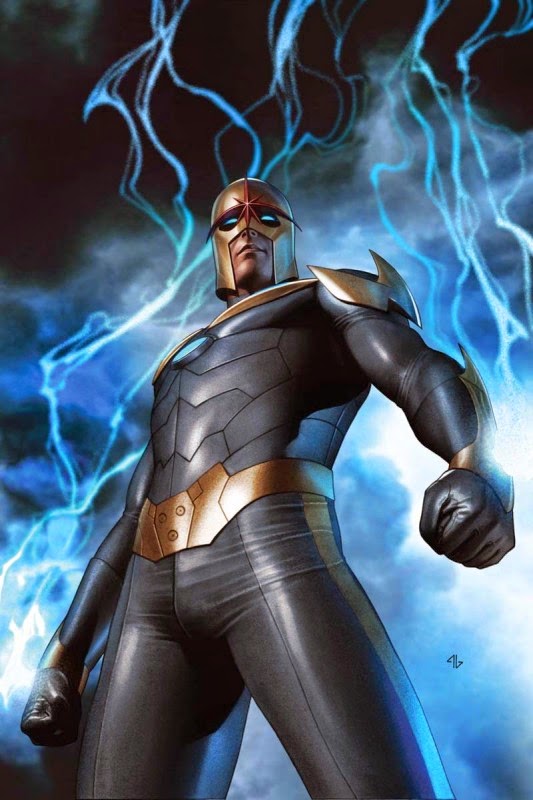 Even before the Nova Corps was introduced in Guardians of the Galaxy there have been rumors of Nova joining the MCU. Those have died down somewhat lately since the character wasn’t featured in Vol. 2, either, and wasn’t remotely rumored for Infinity War. But it sounds like Kevin Feige does have a plan for Nova aka the Human Rocket, teasing to Comicbook.com that it could be fairly soon…

“Nova is… if we have a big board with a bunch of characters that have more immediate potential, Nova is on that board. Because of the connection to the Guardians universe, because there are more than one examples to pull from in the comics that are interesting. And you’re absolutely right, he was in the earliest drafts of the [Guardians of the Galaxy].”

That begs the question which version of Nova would we get? The original Nova, Rich Ryder, is a former member of the New Warriors and held the mantle for a long time. He’s probably the most well-known version of the character. He died in a battle against Thanos, interestingly enough. His successor Sam Alexander is a teenager and would be close in age to Peter Parker. He’s currently a member of the Champions along with other young Marvel heroes.

Both versions could easily find a niche within the MCU, and we shouldn’t leave out the possibility Marvel goes with a Nova Corps movie rather than a solo film. Whatever way they decide to go it looks like Nova will be hurtling to a big screen near you, probably when you least expect it.