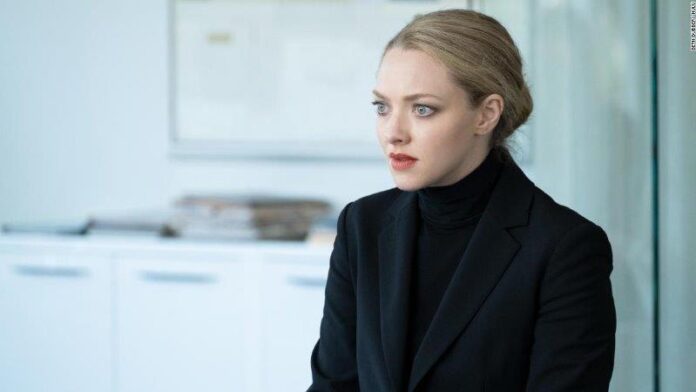 The Theranos scandal continues to be an intriguing tale. 19-year-old Elizabeth Holmes dropped out of Stanford with the purpose of changing the world. Using money her parents (her father used to be the VP of Enron and her mother was a Washington insider) earmarked for college, she founded her own startup with the purpose of revolutionizing the biotech industry. There was only one problem, she never could fulfill the promise she made of changing the way blood testing is done with a new and revolutionary portable blood-testing machine, and basically faked it till she made it, until she couldn’t do that anymore.

After countless newspaper investigations and criminal charges, Holmes is currently awaiting sentencing. Because this is such a huge story of how one young woman driving by sheer ambition to leverage an impossible idea into getting hundreds of millions from investors, there have been countless books, podcasts, and even an upcoming film starring Jennifer Lawrence about Holmes and the scandal. Hulu’s latest limited series The Dropout takes a stab at the rise and fall of Elizabeth Holmes.

Based on the ABC New podcast, The Dropout does a great job giving a mostly earnest take on Holmes, her rise, and fall, and all the damage that was done in the process. For those familiar with Holmes’ story, none of what The Dropout shows will be too surprising. Holmes grew up with drive and purpose and even from a very young age wanted to change the world. Having gone to the best schools all her life and having influential parents, she seemingly was always going to do something big with herself. But as the series shows, her drive and ambition caused her to not have a great deal of empathy, which suited her at first, but blinded her by the end.

The first few episodes start out as a superhero origin story, but eventually turn into a supervillain origin story. As Holmes drops out of Stanford, then her adventure truly starts. Occasionally interacting with Sunny, she starts to try and set up her business. But the one thing she needs is capital. Despite being turned down by countless investors, Don Lucas (Michael Ironside) agrees to become an investor. Despite lying through her teeth, Holmes now has the infrastructure to start her business. Soon a few million turns into hundreds of millions and her enterprise is in full swing, despite not having anything to show for it. At first, her board starts to get annoyed with her, and just as they are about to fire her, she uses her white woman’s tears to not only keep her job, but she also brings Sunny on a COO. Sunny is one of the few people in on the jig and they now have unlimited power to do whatever they want and make tons of money without having a working product.

While Holmes and Theranos are having success, she’s making quiet enemies at the same time. Her biggest nemesis is Richard Fuisz. Fuisz is a neighbor, doctor, and also an entrepreneur who specialized in medical technology and was upset that Holmes didn’t ask for his advice in creating her startup. Realizing something is amiss with her Theranos’ blood analyzer, he filed for his own analyzer patent to cause problems for Holmes. William H Macy is great because he plays an eccentric and grumbled Fuisz so well. Holmes is forced to do legal battles with Fuisz, so she enlists the help of high-profile lawyer David Boies (Kurtwood Smith) to sue Fuisz. While Theranos proves to be victorious after her chief scientist Ian Gibbons (Stephen Fry) takes his own life to avoid either violating Theranos’ NDA or perjuring himself. This opens a can of worms for new whistleblowers to come forward, even chief investor George Shultz’s (Sam Waterston) grandson Tyler (Dylan Minnette) to start working with The Wall Street Journal’s soon to be Pulitzer Prize-winning journalist John Carreyrou (Ebon Moss-Bachrach) to start putting the pieces together in a true David vs Goliath battle to get the truth of the fraud and its scale. Unfortunately, the first 7 episodes of the 8 episode miniseries were provided for critics, a customary Google search will allow us to know the full ending of this tale.

The Dropout does its best to humanize Holmes. In addition to showcasing intimate moments with her friend/lover/business partner Sunny Balwani (a superb Naveen Andrews), the show also sheds some light on some of the troubles she had in life, including dealing with sexual assault as a freshman at Stanford. Unfortunately, that’s where the sympathy scale for Holmes pretty much ends. As the show continues, I sat there wondering “am I supposed to identify with Holmes or feel sorry for her?” The entire time, she’s committing fraud on a massive scale, and not only getting away with it, but then being incredibly vindictive and mean-spirited to anyone who dares to question if she’s 100% legit with her claims. The entire time you sit there waiting for her to get caught and be held accountable, but she continued to slip through because as her disgruntled neighbor and millionaire doctor/nemesis Richard Fuisz (William H. Macy) says, because she’s a “pretty blonde” who in a sense weaponizes her feminism to keep criticism away.

Originally Kate McKinnon as to star as Holmes, but after departing the project Amanda Seyfried filed in for Holmes deep voice, and it’s a good thing she did! The Dropout lives and dies on her performance, which is spectacular. One noticeable trait from the real Holmes is her fake deep voice that she invented so people can take her more seriously, and Seyfried does a pitch-perfect imitation of Holmes. Expect an Emmy nomination for Seyfried for this performance as she truly knocks it out of the park as Holmes. As stated, you might not feel too bad for her as she’s still scamming the hell out of pretty much the entire world, but Seyfried’s greatness in this performance cannot be denied.

Because The Dropout takes place between 2003 and 2022, it’s also a fun and nostalgic trip through a time capsule. The soundtrack is also a good ride and plenty of hip hop and pop songs from that age will have you bobbing your head as you revisit a few years ago. The show also does a great job of intercutting Seyfried’s Holmes with real-life public figures like Bill Clinton, Joe Biden, and through archival footage and CGI-ing her into the footage. The directing of each episode is also great as directors Michael Showalter, Francesca Gregorini, and Erica Watson (prior to her death last year) expertly delivered each episode.

Because The Dropout is not a full-on documentary-like HBO’s The Inventor: Out for Blood in Silicon Valley or the countless other books, podcasts and documentaries, I’m sure they are taking some liberties with the Theranos scandal. But overall, the series is brilliant in showcasing the craziness that transpired during that time. Because the show will follow Hulu’s weekly release schedule, be sure to tune in week to week as this could get addictive for you.

The first three episodes of The Dropout are currently available on Hulu with each subsequent episode released weekly.