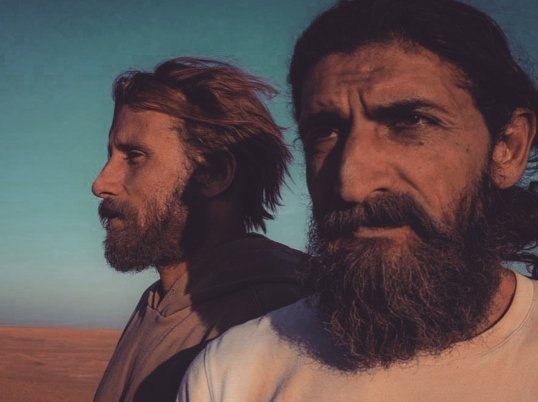 I don’t necessarily count myself among this group, but to a certain segment, a new film by Terrence Malick is a major event, almost a holy experience. The legendary director is receiving some of his best reviews in years for A Hidden Life, which just had a very special screening at the Vatican (!!!), and he’s already hard at work on what comes next. The Last Planet is a film we’ve always known would have a Biblical aspect to it, but anybody who expects a straight narrative must not be familiar with Malick’s work.

In a Variety piece with producer Karim Debbagh, we learn the film will also have a “dark genre twist”, which makes it sound like it could have horror aspects. Debbagh also described it as a “highly spiritual experience” which, frankly, some might’ve also said about Song to Song or To the Wonder, and I wouldn’t experience those again if you paid me.

The Last Planet will explore the life of Jesus Christ through a series of evangelical parables. Son of Saul‘s Géza Röhrig will play Jesus, with Mark Rylance as Satan, Matthias Schoenaerts as Saint Peter, and more.

According to La Repubblica (via One Big Soul), Malick provided an update on the film’s status while at the Vatican…

“We have just finished shooting, I am very happy,” he said. “A few days ago we finished shooting in the desert of Jordan. [It’s] a multicultural film with a cast that brings together Middle Eastern actors, a German troupe, and even Italian artists in the costumes department and set design (costume designer Carlo Poggioli and production designer Stefano Maria Ortolani). Now I go back to Texas to edit the film. It will take at least a year because we have a lot of material, and since we go digital, we end up with many more images. My favorite moment of the work is the editing. There is no longer the set pressure, the uncertainty of the weather on the shoot. I am very happy to be here at the end of this long journey. I would like to be able to stay longer in Rome. We have an early plane that takes us to Austin.”

The first image from the film was also revealed to tide us over for what will likely be a long post-production. Presumably, Malick will find a way to have The Last Planet ready sometime in 2020.