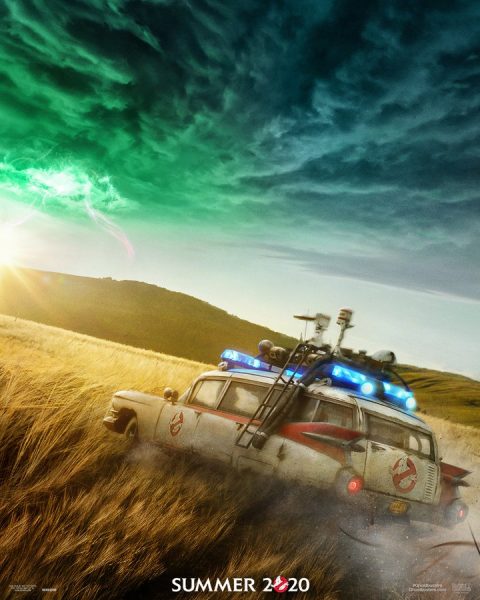 Even if 2016’s Ghostbusters had done better and been less divisive, chances are we’d still be talking about Jason Reitman’s Ghostbusters: Afterlife. He’s got legacy on his side as the son of Ivan Reitman, director of the 1984 comedy classic, and nostalgia is clearly what they’re going for. You can see it in the new poster, images, and plot details revealed today, ahead of Monday’s debuting trailer.

The Ghostbusters: Afterlife poster features the Ectomobile going for a wild joyride through a cornfield, establishing the film’s folksy, midwestern setting. New details by Vanity Fair say the story centers on Callie (Carrie Coon), a single mom who moves to a small Oklahoma town with her science-obsessed daughter Phoebe (McKenna Grace) and gearhead son Trevor (Finn Wolfhard).  They’ve left everything they know behind after inheriting property from a father Callie never knew.

Hmmm, got any guesses?

The kids discover the old Ectomobile in the barn, and begin to “discover their connection to the original Ghostbusters” and “whether they’re ready to pick up the proton pack themselves”, according to Reitman.

That should just about clear it up, I think, right?

Paul Rudd plays Trevor and Phoebe’s summer school teacher, Mr. Grooberson, who knows more than anybody about the Manhattan Crossrip, the paranormal event captured in the classic Ghostbusters film that saw the emergence of Gozer, the Stay Puft Marshmallow Man, and more.  In one of the below images, Grooberson looks ready to trap some ghosts himself.

Dan Akroyd, Bill Murray, Ernie Hudson, Sigourney Weaver, and Annie Potts are all set to return to their familiar ghost-busting roles.  Harold Ramis sadly passed away a few years ago, but I think it’s safe to say his presence will be felt all over this story. 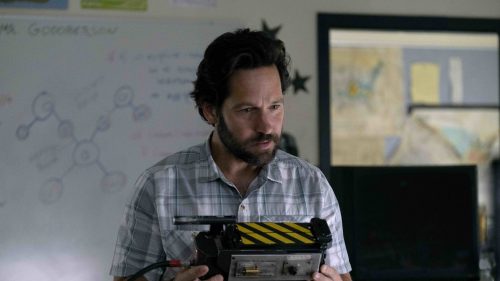