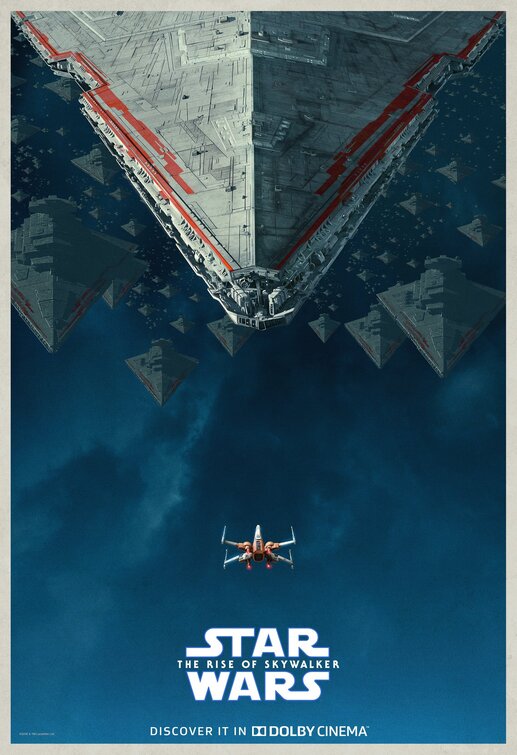 Finn (John Boyega) has the right idea in the new TV spot for Star Wars: The Rise of Skywalker, a brief bit of footage that gets across the insurmountable task ahead for the Resistance. It works perfectly in conjunction with the new poster, a minimalist design featuring a lone X-Wing fighter, presumably piloted by Poe Dameron (Oscar Isaac), taking on an entire First Order fleet. Good luck with that, champ.

We’re now exactly one month away from the film’s release, and the marketing campaign is in full swing. Check out all of the new images that were dropped yesterday, along with some insights from the cast, right here.

“We’re all in this. ‘Til the end.” See @StarWars: #TheRiseOfSkywalker in theaters December 20. Get your tickets: https://t.co/EbJ0vDHKyt pic.twitter.com/MUMu58jQGA