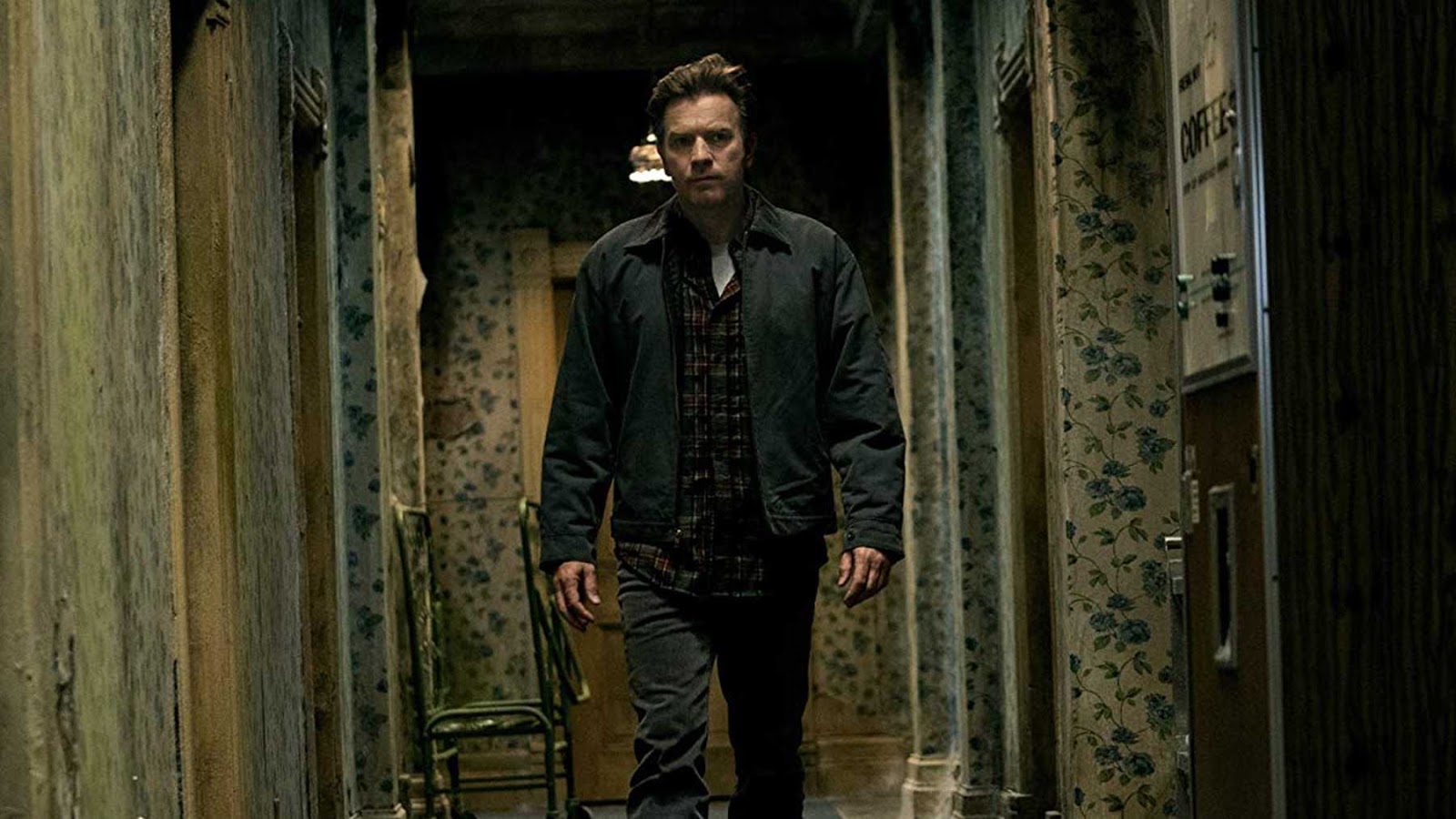 I have something to confess…I’ve never really been a huge fan of The Shining. I know, I know, for a movie geek who loves horror that basically constitutes heresy. I have the utmost respect for what Kubrick was able to capture and what the film did for the genre….but it was just so boring for the most part. That being said, I did find myself getting pretty psyched when I heard this was being made. Ewan McGregor stars as the adult Danny, now Dan, who’s life wasn’t exactly champagne dreams after his pops went all axe murderey and chased he and his mother around the snowed in Overlook hotel. He’s cleaning up his life, attends AA and works at a hospice center where he’s using his ‘Shine’ to help the patients in his care. He’s so good at making them comfortable he earns the nickname Doctor Sleep (Title!). Here’s where things go a little left. Enter the True Knot. A cult who draws power and youth from “steam”, which is the dying breath of anyone gifted with the shine. When they kill a boy named Bradley, his death alerts others with the gift through the shine, specifically Abra, a teenage girl. Abra seeks out Dan and together they have to survive the True Know and a return to the Overlook hotel.

If the main issues I had with The Shining were its long stretches of boring then Doctor Sleep recognized that and sought out to correct. The result could be good or bad depending on who you are and what you’re looking for in this sequel. While there’s a lot more happening the way it’s done, with the cult cat and mouse angle, the result is a film with less tension and more of an, almost, comic-book feel, a horror comic mind you, but a comic none the less. Ewan McGregor is, surprise surprise, amazing as older Danny Torrance, bringing a subtlety to his tortured existence while maintaining that reluctant hero vibe that we saw glimpses of in the final moments of the original film. The true highlight of the film has to be the genuine feel of Danny and Abra’s (Kyliegh Curran) relationship. If there was no chemistry between the two, if we didn’t absolutely believe what the story was trying to tell us about these two and their journey the whole thing would fall apart. Thankfully there’s a palpable and effortless big brother little sister, or maybe Uncle/Niece, feel that adds weight to the stakes of the film. From a horror aspect this ain’t traditional. Honestly, I would classify this as a supernatural thriller before horror, there are scares and the atmosphere created by director Mike Flanagan is as creepy and macabre as it gets, but the fright factor seems to be the by-product instead of the focus of the story.

It pains me to say this, as the addition of a murderous cult to a movie is a big bonus for me usually, but the True Knot fell short of being a terrifying threat. When the shoes you’re filling belonged to an ax-wielding Jack Nicholson it’s going to be tough to make the fit, and sadly, they just don’t. Rebecca Ferguson, who plays cult leader Rose, is perfectly fine performance-wise but falls short of being a compelling villain. I’m not to sure if this next bit is actually a bad thing or not, but you need to be prepared for the whole “cult murdering children to feed off their last breath” aspect if you’re going in expecting a ghost story. Let’s highlight something that isn’t usually talked about, Stephen King writes really really weird books. It flys under the radar most of the time because the film adaptations are able to leave out the odder choices, but don’t be fooled, this whole storyline is pretty standard Stephen King stuff.

I’m fairly certain your enjoyment of this movie is going to depend highly on one thing, not expecting something exactly like The Shining. Going in with a clear slate this is a highly polished, completely effective thriller with some great performances. Not to worry, if you’re only reason to see it was to head back to the Overlook Hotel, well you get your way as well.