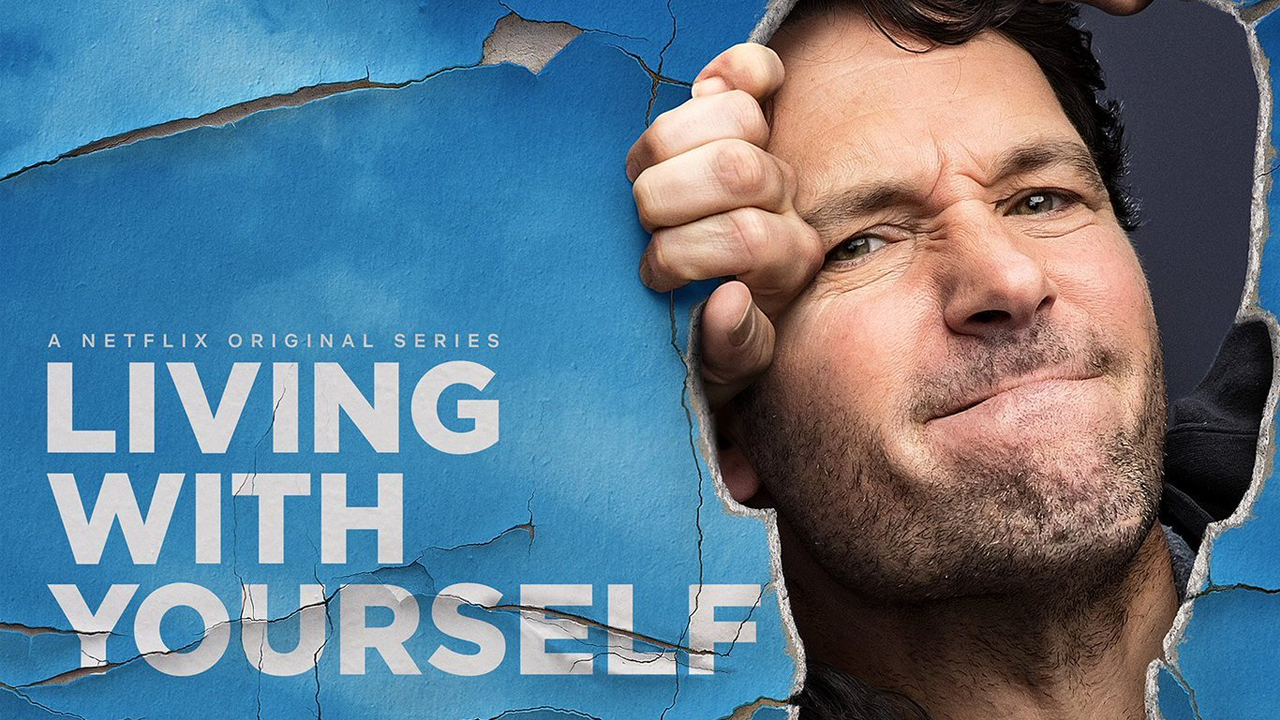 What’s better then one Paul Rudd? Two Paul Rudd’s of-course! The universally loved actor stars in the new Netflix series Living With Yourself, which is a new take on a somewhat regular trope. Rudd stars as Miles Elliot, a down on himself marketing executive who’s got pretty much everything a guy could want but has been beat down by day to day life. He’s losing out on big jobs at work, he and his wife are having trouble starting the family they’ve always wanted, he’s got no time to work on his passion in the form of a play he’s been writing. So when his seemingly rejuvenated work buddy/rival Dan let’s him in on his secret, a “day spa” that leaves you feeling like a new man, the decision to go check it out is easy. One $50K price tag later Miles is led into a procedure room and put to sleep, only to wake up buried in a forest. He treks home in his surgical diaper only to find someone in bed with his wife….him. When the spa workers promised a new him, they were being literal. The only hiccup in the matter is that the gas given to Miles before his procedure was actually supposed to kill the old him, now they both have to figure their place in the live(s) they lived which, as you can imagine, is not as easy as making up the pull out couch in the living room.

Paul Rudd is one of the only people that could have made this show work and damn does he. What could have been a fairly standard take on the clone trope becomes a show that allows a visual exploration of the fight we all have with ourselves about who we’ve become and what adulthood and responsibility has done to the idealistic people we once were. Rudd’s boyish exuberance plays perfectly as the newly born clone and his range allows for a perfectly believable original Miles as someone who is so lost that they would go to these lengths. Aisling Bea who plays Kate, Mile’s loving yet nearing the end of her patience wife, is new to me but I’m currently looking back through her filmography to see where I can get more. She’s believable, something that I’ve always thought was Rudd’s greatest asset, and is far from the perfect and understanding wife we sometimes get from the female leads in these shows. Something about the combination of her natural beauty and Irish brouge gives her this intimidating but irresistible quality that helps you to understand Miles’s motivations.

The 8-episode first season, which is delivered in 30 minute increments has a very cool structure where each episode is giving from a different primary perspective. It moves quickly and by episode 3 you begin to realize this isn’t going to be a feel-good Multiplicity type show. While this wasn’t something I had on my must watch list for 2019 it is one of my most pleasant surprises of the year and one of the few new shows I’ve watched that gave me that “oh, just one more episode” anxiety.
Living With Yourself is available today on Netflix!