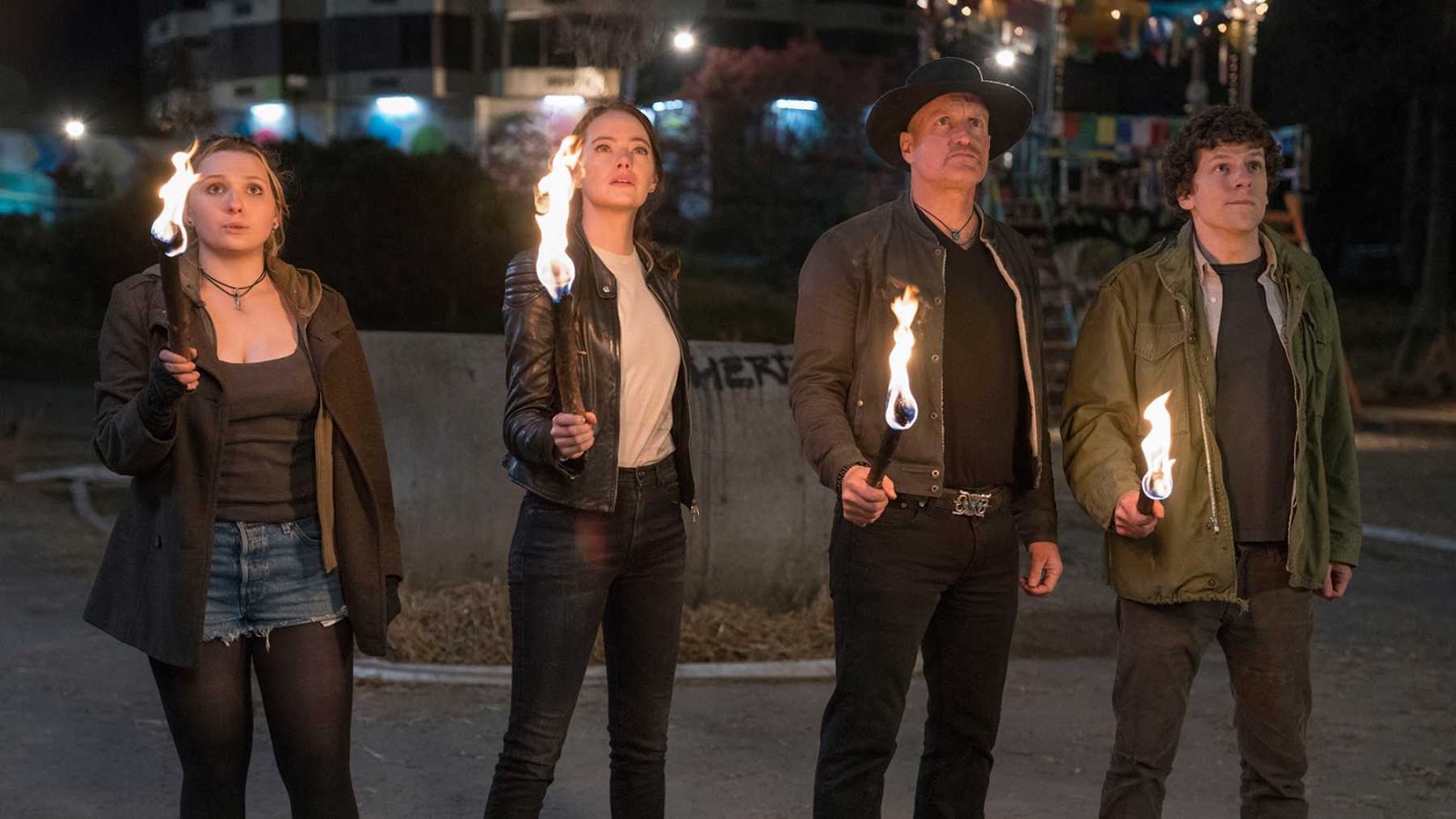 Zombieland: Double
Tap, the long-anticipated sequel that fans of the original have been pining
for, is finally back and the gang is all here. After the tumultuous events that
ended Zombieland – Columbus (Jesse
Eisenberg), Little Rock (Abigail Breslin), Tallahassee (Woody Harrelson), and
Wichita (Emma Stone) are enjoying life together in domestic bliss and Columbus
couldn’t be happier. He has his dream girl and the close family he has always
wanted. Unfortunately, not everyone is as complacent as he is – and Little Rock
is beginning to feel the effects of cabin fever mixed with a heavy dose of
teenage angst. Little Rock is desperate to find people her own age – there is
only so much of Tallahassee’s target practice that she can handle. Little Rock
and Wichita both feel smothered by Tallahassee and Columbus and decide it might
be best to take some time on their own. 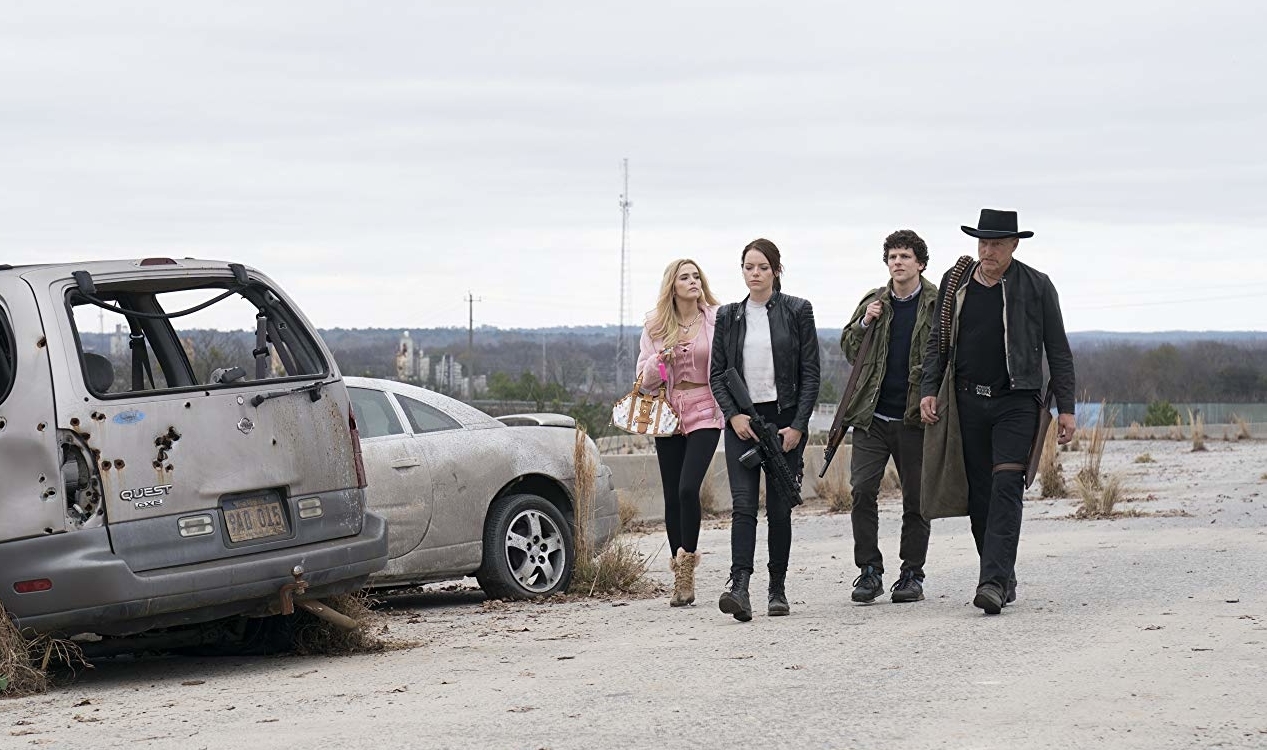 Almost immediately Little Rock’s wish is granted when she
and Wichita stumble upon Berkeley (Avan Jogia), a fake hippy pacifist who is
trying to make his way south to Babylon – a peaceful community of survivors. Much
to Wichita’s dismay, and taking a page out of her own book, Little Rock leaves
a goodbye note and runs away with Berkeley. With Little Rock out there on her
own in a world full of evolving zombies that are even more dangerous than
before (except for the Homers, those are as peaceful as a zombie can be),
Wichita turns to her family to help get her back. A family that has grown a bit
since she was gone as Madison (Zoey Deutch) has joined the crew. The four of
them head south, hoping to find Little Rock before she’s been killed by a
zombie or turned into a pacifist – Tallahassee isn’t sure which one is worst.

Zombieland: Double
Tap is fun. Straight up zombie killing fun. The film is chalk full of the same
mix of violence, comedy, one liners, and absolutely absurd characters and
situations as the first. The zombies in Zombieland:
Double Tap may be evolving, but the formula for the film hasn’t – and that’s
a good thing. The film builds upon the original and doesn’t try and do
too much. They knew what worked for Zombieland,
and that’s exactly what we get in Zombieland:
Double Tap, minus some of the novelty. Zombieland set the bar high for cameos after Bill Murray’s amazing
performance that no one will soon forget. While nothing can replicate that…Double Tap does have a few cameos up its sleeve that are nothing to
sneeze at adding Rosario Dawson, Luke Wilson, Thomas Middleditch, and maybe some others into the fold. 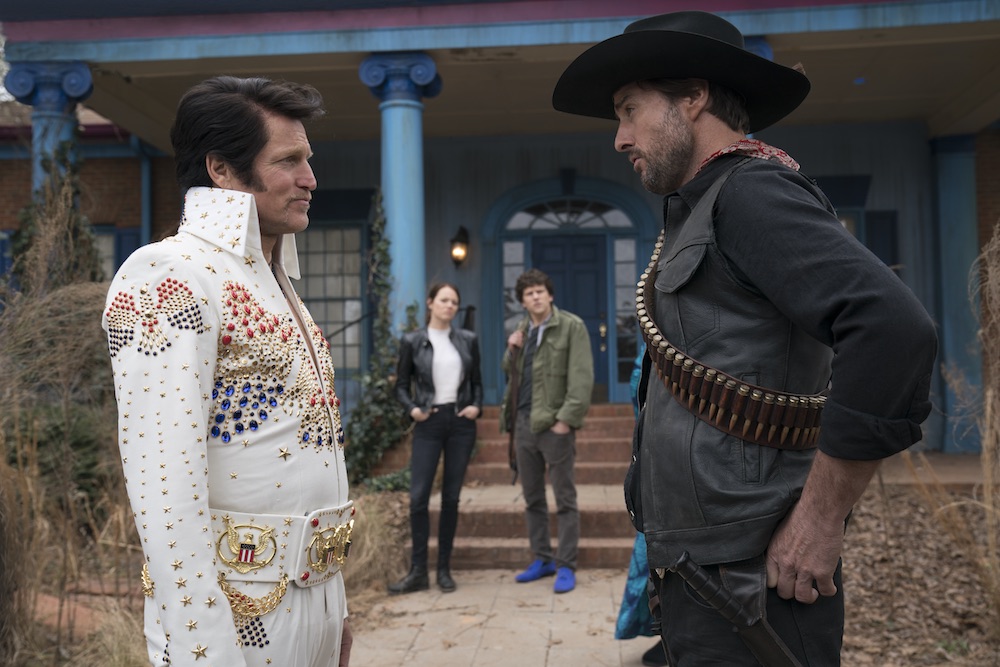 All four stars from Zombieland have gone on to continue
their illustrious careers since the original with all of them having Oscar
nominations, and Emma Stone bringing hers home. It is interesting to see these
big names back together in their quirky dysfunctional family. They are the
driving force behind the franchise, each playing a unique character and doing
it flawlessly. Along with the cast returning – director Ruben Fleischer and writers
Rhett Reese and Paul Wernick are also back. Having the entire core from the
original was vital for Zombieland: Double
Tap capturing some of the magic that made the original so successful. The
amount of joy the cast and crew are having making this sequel is evident
throughout and really translates into an enjoyable and wild ride for the
audience. Creating a successful sequel is tough and Zombieland: Double Tap isn’t quite able to live up to the original,
but that doesn’t mean it isn’t a damn good time that keeps you laughing
throughout.
Review: 3.5 out of 5