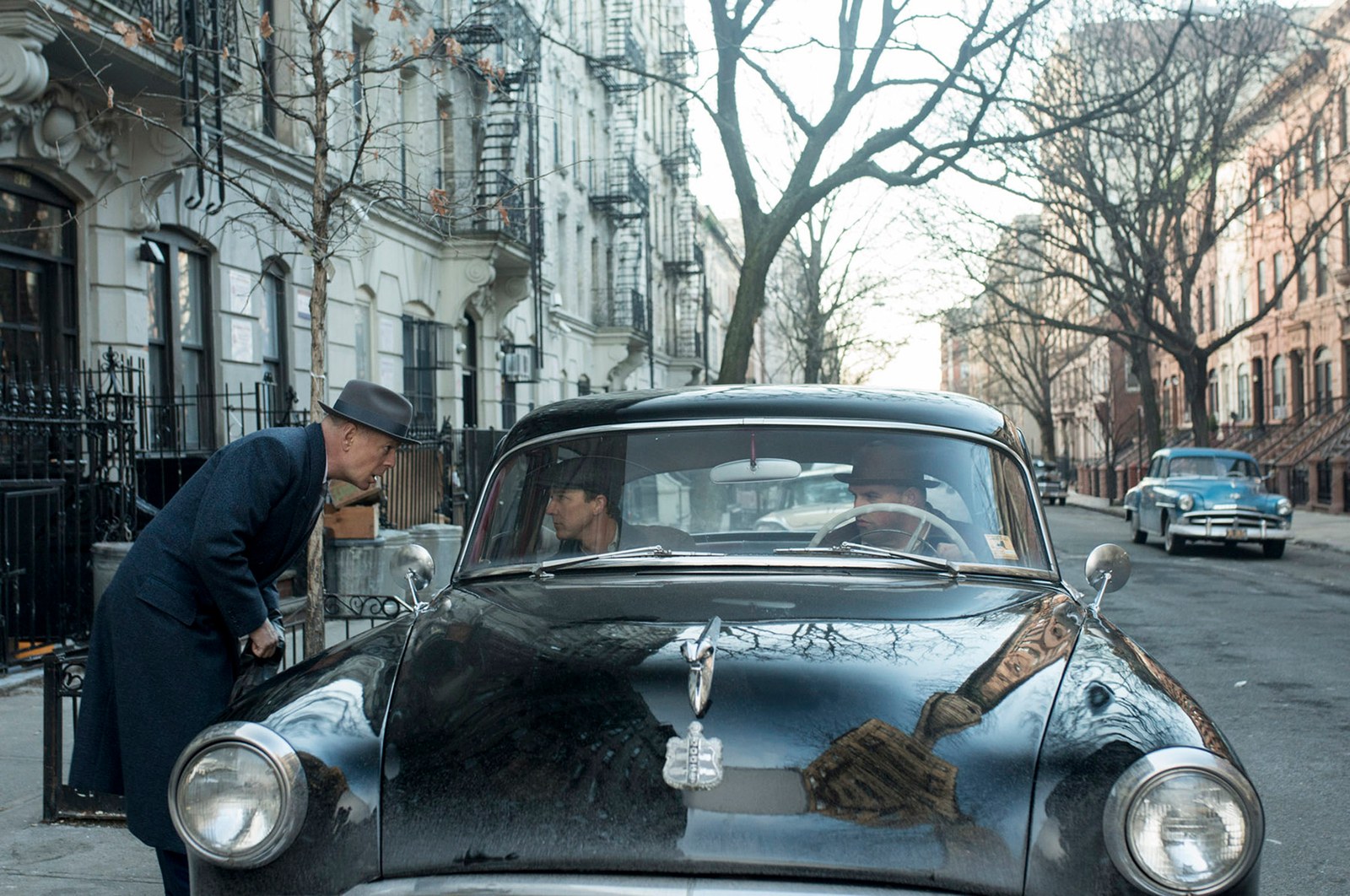 There’s a moment in the new detective film Motherless Brooklyn when you know this movie is worth the price of admission. Maybe it’s the loud jazz, Edward Norton’s detective character falling backward in slow faded motion after getting too close to a case, or the tension and relief hanging in the air, not knowing when to land. But when it hits you, it’s all-encompassing. As Edward Norton’s first endeavor in the roles of director and star in nearly 20 years and his first screenplay credit, Norton, despite a few missteps, creates an enticing and captivating mystery thriller that hooks you until the end.
Norton plays Lionel, a detective, driver and body man for Frank Minna (Bruce Willis) with Tourette’s syndrome, causing tics and outbursts to interfere with his job performance. After his mentor is killed in the middle of a job, Lionel feels the responsibility to himself, Minna’s wife (Leslie Mann)and team (Bobby Cannavale, Ethan Suplee, Dallas Roberts) to find out what happened to his boss and who is responsible. This mission leads our hero to corrupt politicians (Alec Baldwin, Josh Pais), to civilian rights groups (Cherry Jones), to jazz clubs and to Laura Rose, who Lionel can’t help but be near even though he knows she might be a piece of the puzzle.
Norton has certainly pulled in the big guns for this project: Alec Baldwin, Gugu Mbatha-Raw, Willem Dafoe, Bruce Willis, Leslie Mann, Bobby Cannavale, Josh Pais, Fisher Stevens, Michael Kenneth Williams, Cherry Jones. Veteran actors and character actors keep popping up in various degrees of involvement and various degrees of effectiveness. Raw and Norton’s chemistry electrifies the screen and ignites the second half of the film. Baldwin is less effective as the ruthless building commissioner: at times a flicker of his SNL Trump character behind his eyes, at times a calculating calmness that occasionally comes off as bland. 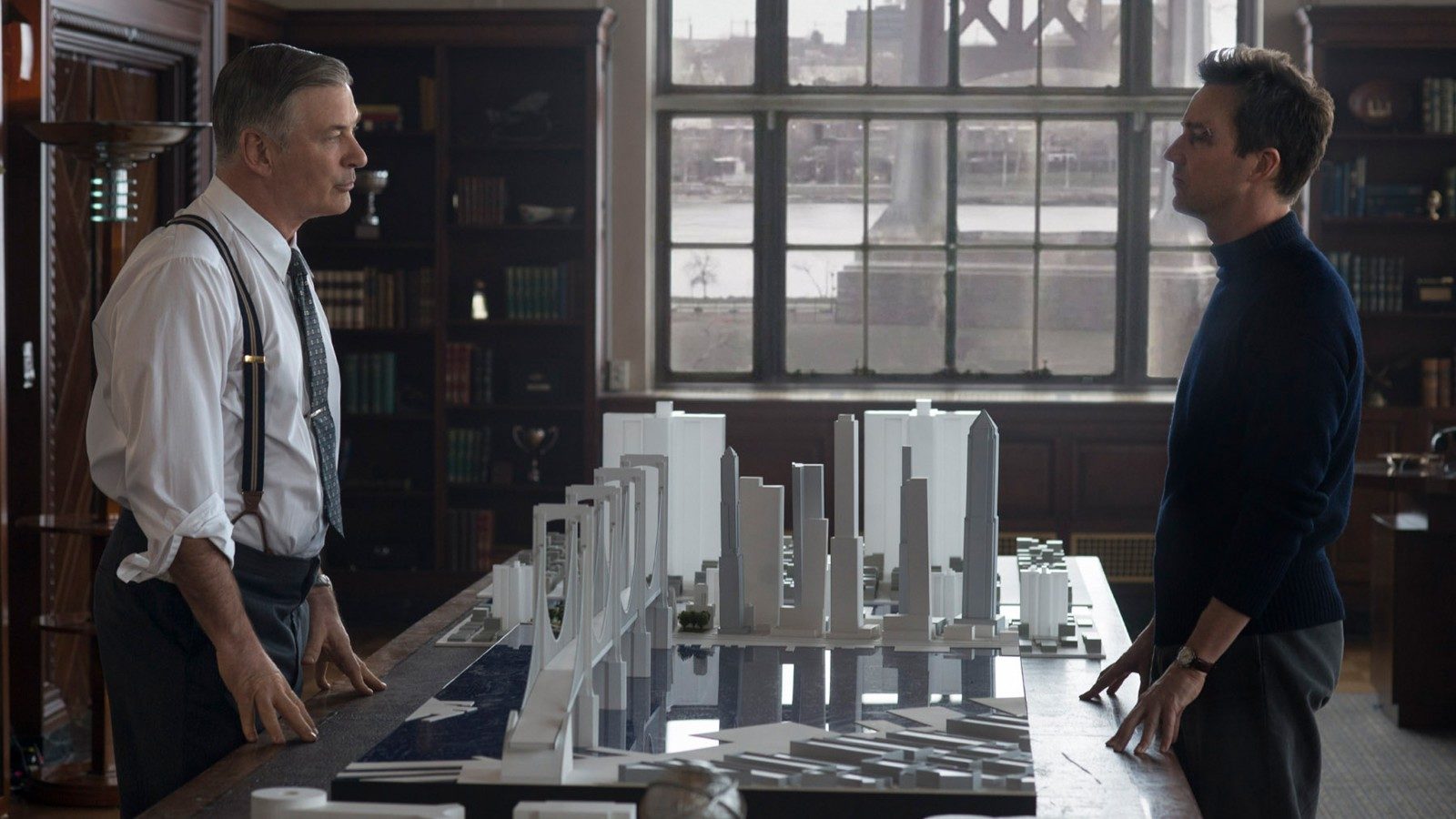 At times the pacing lags, calling into question the effectiveness of its many storylines. Because of this, multiple story threads end with little payoff, including Bobby Cannavalle’s storyline. However, you aren’t hindered by those extra threads or even the wasted star power. This is Norton’s movie, and he makes Lionel the beating heart of this film. The empathy Norton extracts into the character makes all other storylines fall away. His depiction of Tourette’s isn’t over the top, but flows with the film’s events, using the disorder as an advantage rather than exploiting it. 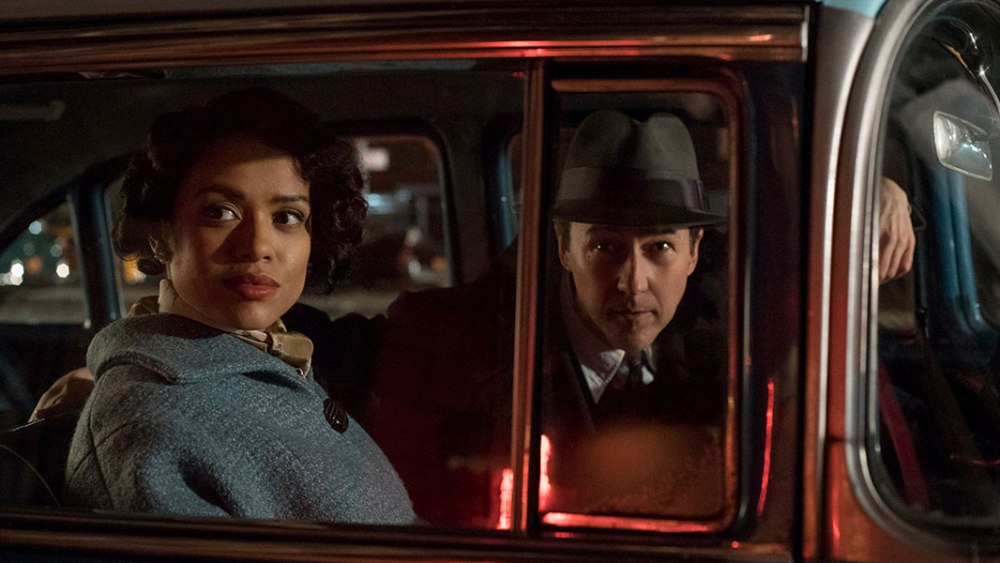 As a director, Norton’s artistic vision works for the most part. There are a few still life shots during monologues that seem out of place, the artistic value undiscernible, but when combined with a vibrant jazz score, the visuals and narrative mostly work together harmoniously. Utilizing dream and drug sequences to piece together clues, the film visually makes sense for its 1950’s setting, with neon signs, dark streets and comfy sweaters, trench coats and fedoras filling the screen. Originally set in the 1990s in the book, the time change adds more to its noir elements than its story elements, especially upon further reflection. The scandal, based in gentrification and the redlining of neighborhoods to drive less than desirable inhabitants out, would have been common practice in the ’50s, even in a more liberal city like New York. This doesn’t break the film’s believability, but bring up issues with book to movie adaptations.

The film doesn’t try to dumb down the plot, though some of the major details integral to the case are lost in the pomp and circumstance of a noir and seem to be downplayed towards the end of the film. Motherless Brooklyn leaves us as a whimper rather than a bang, but the journey outweighs the destination.

Motherless Brooklyn is in theaters on November 1st.
Rating: 3.5 out of 5