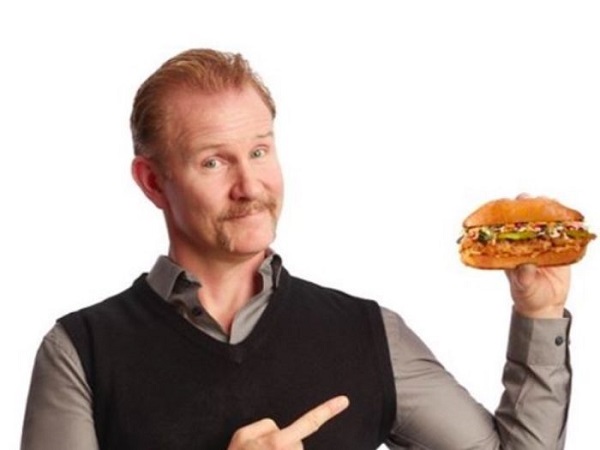 Morgan Spurlock became a household name in 2004 with his surprise hit Super Size Me.  The documentary filmmaker spent 30 days eating only McDonalds food and not only documented how the food affected his physical health (he gained 24 pounds from his fast-food only diet), but also his mental health as well.  The film talked about the fast-food giant for its food health as well as marketing tactics and it seemed to resonate.  Although McDonald’s denied as the reason, they mysteriously dropped the “Super Size” part of their menu in the aftermath of the film.  The film was a surprise hit ($22 million on a $65,000 budget) even gaining a Best Documentary Academy Award nomination.  Since then, he’s directed a few films and TV projects using the same documentary style incorporating himself into his subject matter in the vein of Michael Moore with some great success.

During that time, it’s not like the fast food industry has gone away.  If anything, they are bigger and more profitable than ever with even more choices for getting a quick bite.  One of the more recent trends within fast food is the willingness for the restaurants to be healthier and having menu items that are seemingly improved.  After receiving a message that Hardees and Carl’s Jr wanted to partner with him for a marketing campaign for their health initiative where he would “investigate” them and find their new food items are healthy.  Of course, Spurlock thought this was a ridiculous idea, but this prompted him to do Super Size Me 2: Holy Chicken. 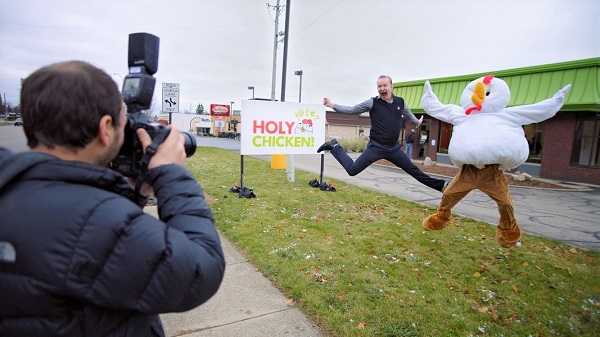 Thank goodness Morgan’s not going to punish his body that much this time around.  Instead, he comes up with the idea that instead of criticizing from the outside, he should be “a part of the problem” and open his own fast-food restaurant.  But if he’s going to open a new chain, he’s got to thoroughly investigate how the industry works so successfully.  The newest craze over the past decade within the industry is the health schtick in fast food chains.  Having avocado, hummus, “artisanal” are a few examples of what “big fast food” has incorporated in their menu as an example of being healthy dubbed the “health halo.”  But the biggest cash cow is chicken, especially “crispy” chicken (because restaurants no longer call it “fried” chicken anymore).

The film shows Spurlock as he goes through the different processes and steps to open a chicken chain.  Everything from learning about the language marketing companies use when developing the narrative for new food, to the companies fast-food chains hire to actually cook and develop brands that fast food companies use, as well as the chicken farming industry who grow, raise, and (of course) get our food ready for us to east almost everyday in the $40+ billion industry.  Morgan does punish himself a little bit as he samples chicken from pretty much all the heavy hitters: showing how Burger King’s chicken sandwiches are hallow, Chick-fil-A’s chickens are basically salt sandwiches, and McDonald’s McChicken sandwiches are basically large McNuggets (he finally went back to McDonald’s!) in order to sample the competition and figure out how to make a good sandwich. 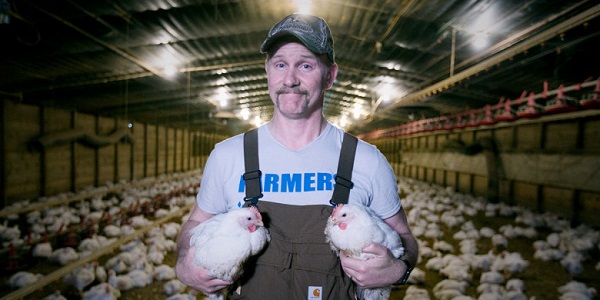 A bulk of the time is spent learning about how the sauce is made and learning about the chicken farming process.  While most of the “Big Chicken” companies do their own chicken farming, they all pretty much hang up on Spurlock as soon as he says his name.  This causes him to work with an independent chicken farmer, where we learn how it is to be one of the little guys in this industry.  The third generation Alabama farmer Jonathan Buttram allows Morgan to rent one of his hatcheries.  You get to see these cute cuddly baby chickens that you know will one day be killed, fried, and eaten by the masses.  Showing the ins and outs of a chicken farm also show how many accidental stepping on of baby chickens happen.  Buttram’s story of being screwed over puts a human face on the farmers who are screwed out of money by companies like Tyson, Perdue, and others.  Buttram also has not received any new contracts with Koch Foods (not that Koch, another greedy corporation with the same name as the billionaire family) since Big Chicken found he was participating in the documentary.  This is very reminiscent of something you might have seen on a John Oliver or Hasan Minhaj piece on their receptive shows.

Morgan also helps alleviate some concerns the general public has over the chicken farming industry and many things you normally see on your social media feeds that are patently false.  For example, “cage-free” (as most chicken farms are not raising chickens in cages but in giant warehouses) and “hormone-free” (as it’s against the law to put hormones in chicken).  He also examines the FDA’s loose language for things like “free-range,” which means as long as there’s a door that shows sunlight, your chicken is considered free-range. 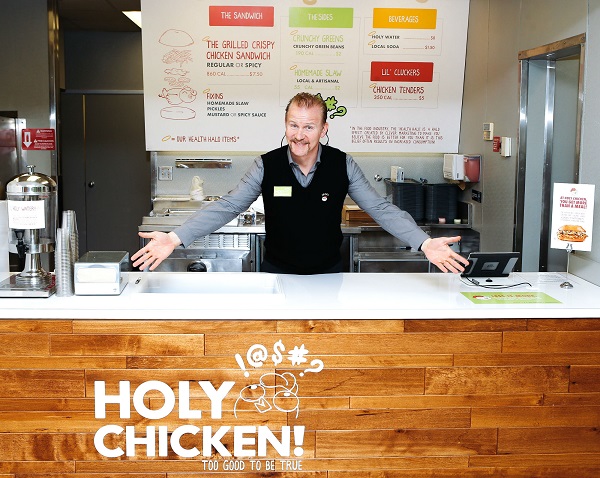 While the film was supposed to come out in 2017 (Spurlock’s recent sexual misconduct allegations sorta derailed a much larger and sooner release), it would have been interesting for him to revisit the chicken industry today, especially with the Popeyes vs Chick-Fil-A “chicken wars” going on right now.   No one’s going to watch this film and completely swear off chicken (even after seeing a baby chick stepped on or thrown on the ground out of crates like a pile of trash), but the film helps shed some light on what we are eating at least 2-3 times a week and how the industry works as a whole.  The goal of Super Size Me 2 was for not for Morgan get people to stop eating chicken, but more to give people awareness to how the industry works with its greed, and give people information so they can make their own informed decisions.  And that can’t be any more clear than the really real restaurant he set out to make, Holy Chicken.  The restaurant he opens is littered with facts about restaurant industry practices plastered throughout the eatery, pictures of the baby chicks at the tables while restaurant patrons are eating, the fact that he uses food coloring to produce “grill marks” on his crispy chicken (remember, can’t say “fried”) to have “grilled crispy” chicken in a very interesting and ironic style.  Guess what, people still ate there and he even ran out of chicken at the restaurant’s launch (see, it’s not just Popeyes that underestimates demand).  Too bad the Holy Chicken is in Canada (the one in Annapolis, MD and Columbus, OH closed).