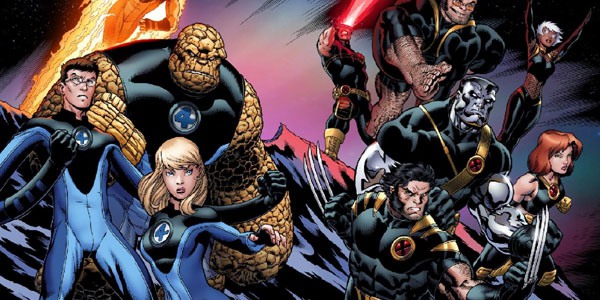 I’ve said it a lot tonight, but Marvel dropped a ton of bricks on us tonight. There was so much they crammed into a single presentation, that even Kevin Feige admitted there was a lot he couldn’t get into…

Um, yeah. He totally dropped the two most anticipated Fox properties making the jump into the MCU: the Fantastic Four and the X-Men.

However, he really doesn’t get into ANYTHING about them. So don’t be fooled by sites telling you that he’s teasing a movie, he doesn’t say shit about a movie for either property. Nor does he say anyting about them being in Phase 4, which is is jam-packed for the years 2020 and 2021. It’s unlikely they’ll be trying to force anything else into that short of a timeframe. If anything, they will show up as part of Phase 5, and possibly later. It sounds like Feige has things pretty damn well full-up already.

Here’s the thing: Marvel still has D23 right around the corner. The announcements aren’t over. They’ve only just begin. We could learn more about those projects Feige didnt have time for in the very near future.