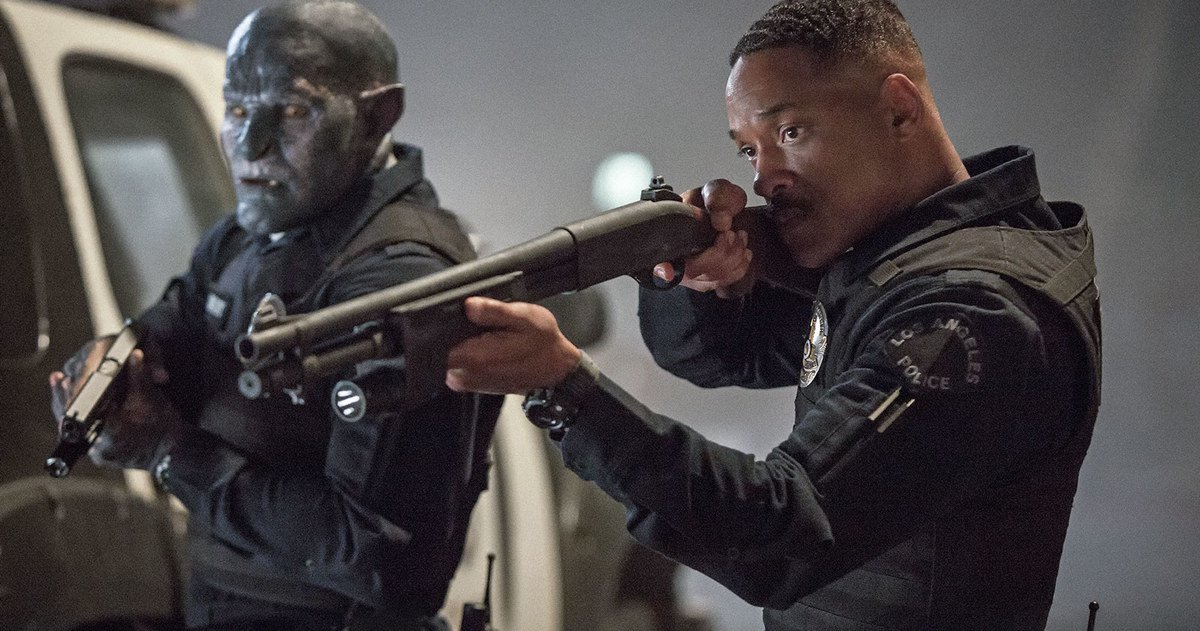 To be honest I keep forgetting that Bright is coming out until a reminder like this, and that can’t be what Netflix was hoping for when they shelled out north of $90M for the Will Smith/Joel Edgerton supernatural cop thriller. Chalk it up to the Netflix distribution model, which makes winning Oscars and achieving blockbuster status tough goals for the streaming service to achieve. Just based on the budget, the cast, and the premise alone this is a major film to wrap up the year, but it doesn’t seem to be building any noticeable buzz.

Reuniting with his Suicide Squad star, Ayer is going back to the cop genre that he built his career on, only this isn’t your typical “boys in blue” flick. Set in a world where elves, fairies, and ogres share the streets with man, the story follows a mismatched pair of cops as they investigate a case that could alter the world. Noomi Rapace, Lucy Fry, Edgar Ramirez, Ike Barinholtz, Enrique Murciano, Jay Hernandez, Andrea Navedo, Veronica Ngo, Alex Meraz, Margaret Cho, Brad William Henke, Dawn Oliveri, and Kenneth Choi make for one of the best casts Netflix has ever put together. It’s no Mudbound, but that’s still pretty good.  Here’s the synopsis:

Set in an alternate present-day, this action-thriller directed by David Ayer follows two cops from very different backgrounds (Ward, a human, and Jakoby, an orc) who embark on a routine patrol night that will ultimately alter the future as their world knows it.  Battling both their own personal differences as well as an onslaught of enemies, they must work together to protect a thought-to-be-forgotten relic, which in the wrong hands could destroy everything.


I think this has the potential of severely misreading the animus people have towards law enforcement today, and the “fairy lives don’t matter” joke it cracks might be the first of many groan-worthy moments. I’m a fan of everybody involved, though, with the exception of screenwriter Max Landis, so if it sucks he’ll get all the blame.