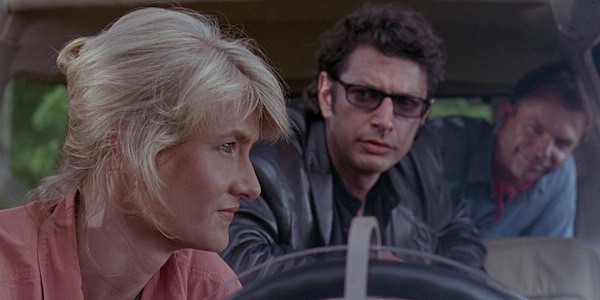 When Jeff Goldblum appeared as Dr. Iam Malcolm in Jurassic World: Fallen Kingdom, it was a blast of nostalgia that fans loved. Let’s be honest, nothing these newer, bigger movies do is going to top our love for that original movie, and fans have been eager to see more characters from it return. Well, they may be getting their wish in Jurassic World 3 if Bryce Dallas Howard is to be believed.

MTV caught up with Howard at the Rocketman premiere, and the interviewer slyly asked her whether she was looking forward to working with original Jurassic Park stars Sam Neill, Laura Dern, and Jeff Goldblum. Of course, this information isn’t the least bit confirmed, but Howard nonetheless seemed to confirm it by enthusiastically replying “very much so.” She then tried to walk it back but the story’s already out there so…oops?

It’s worth noting that, despite what Howard said, we don’t know who is going to be in Jurassic World 3 other than Howard, Chris Pratt, and a bunch of free-roaming CGI dinosaurs. If they wanted to find a way to make sure this third and possibly final movie is bigger and better-received than the last one, leaning into the nostalgia is a good way to do it.

Will the original #JurassicPark characters come back to help in #JurassicWorld3? If only @BryceDHoward could kind of, maybe, sort of comment on it ? pic.twitter.com/ad0ST4ENmt