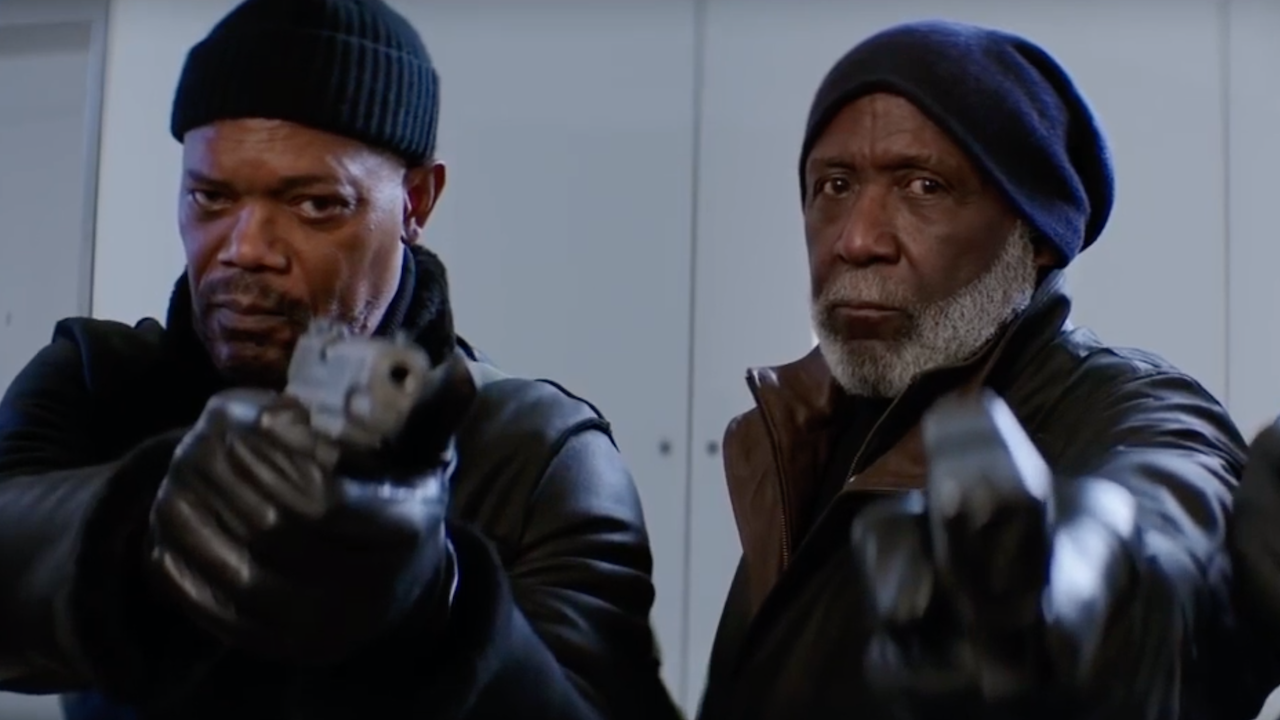 It’s an R-rated F-Bomb dropping family affair in the new NSFW trailer for Shaft. A sequel to John Singleton’s 2000 reboot, which was itself a followup to the 1971 blaxploitation classic, this latest take basically ditches the franchise’s gritty street-level roots for an action-comedy that has more in common with The Hitman’s Bodyguard than the original Shaft. Y’know what? I’m cool with that. This looks dumb as shit, but also like a lot of fun.

Samuel L. Jackson is back as John Shaft II, with Richard Roundtree reprising his role as the O.G. John Shaft II, and Independence Day: Resurgence‘s Jessie Usher as the millennial Shaft, JJ. And this is basically a battle of old school vs. new as poppa Shaft definitely isn’t “woke” like his son, who is appalled by his use of violence, the N-word, and attitude towards women. That includes JJ’s mother, played by Regina Hall, who gets roped into the mystery the Shaft men are trying to solve.
Here’s the synopsis: JJ, aka John Shaft Jr., may be a cyber security expert with a degree from MIT, but to uncover the truth behind his best friend’s untimely death, he needs an education only his dad can provide. Absent throughout JJ’s youth, the legendary locked-and-loaded John Shaft agrees to help his progeny navigate Harlem’s heroin-infested underbelly. And while JJ’s own FBI analyst’s badge may clash with his dad’s trademark leather coat, there’s no denying family. Besides, Shaft’s got an agenda of his own, and a score to settle that’s professional and personal.
This looks unapologetically silly, but I’ve always been a fan of how Tim Story (Fantastic Four, Ride Along) shoots comic action. I don’t expect much from this other than a good time and a lot of bad jokes about shafts, which it looks like it can deliver. Just to drive it home how loose this movie is going to be with the Shaft brand, Singleton’s film established Jackson’s character as the nephew of Roundtree’s. But now that has quietly been changed to a father/son relationship so there can be a direct generational line between the three Shafts. It’s a small change most people won’t know or care about, but it shows nobody is taking this too seriously.
Shaft hits theaters on June 14th.