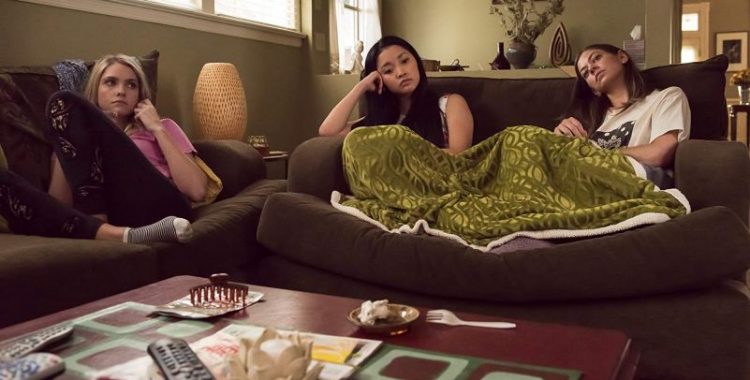 Joseph Cross’ directorial debut Summer Night looks like a lot of coming-of-age films. Hot young cast, stories of love and growing up in a specific slice of time representative of an entire generation. Whether Cross’ film is worthy of being mentioned among the genre’s best is unclear, but it certainly has the talent to get there.

Cross has put together an ensemble that includes Ellar Coltrane (Boyhood), Ian Nelson (Like Me), Victoria Justice (Fun Size), Lana Condor (To All the Boys I’ve Loved Before), Analeigh Tipton (Warm Bodies), Bill Milner (Son of Rambow), Justin Chatwin (War of the Worlds), Callan McAuliffe (The Great Gatsby), and Ella Hunt (Anna and the Apocalypse). Showing confidence in Cross as a director is James Ponsoldt (The Spectacular Now, The End of the Tour), who lends his name as a producer. The story is pretty much what you’d expect, centering on friends faced with life-changing news and matters of the heart.

Here’s the synopsis: It’s the last days of summer. Best friends Seth and Jameson are getting ready to perform—and party—at local rock venue The Alamo. But before the night begins, both young men come face-to-face with serious reality checks: Seth receives life-changing news from his girlfriend Mel, and Jameson has to choose between his on-again-off-again girlfriend Corin and a new girl he’s just met, the outspoken Harmony. At the show, Seth and Jameson’s friends are too caught up in their own lives to be much help: young rocker Taylor romances his new crush Dana, and awkward Jack “Rabbit” avoids his childhood friend Lexi after learning what she did at her sister’s wedding. These intertwining friend-dramas, fueled by a lot of drinking, unfold against a backdrop of live music performed by the best bands in town. By the end of the night, these young men and women are confronted with a series of fast- approaching life decisions that will either leave them stuck in the comfort of adolescence, or catapult them into adulthood.

Review: ‘Shoplifters Of The World’

Review: ‘The Man Who Killed Hitler And Then The Bigfoot’, Sam Elliott Is A Remorseful Action Hero