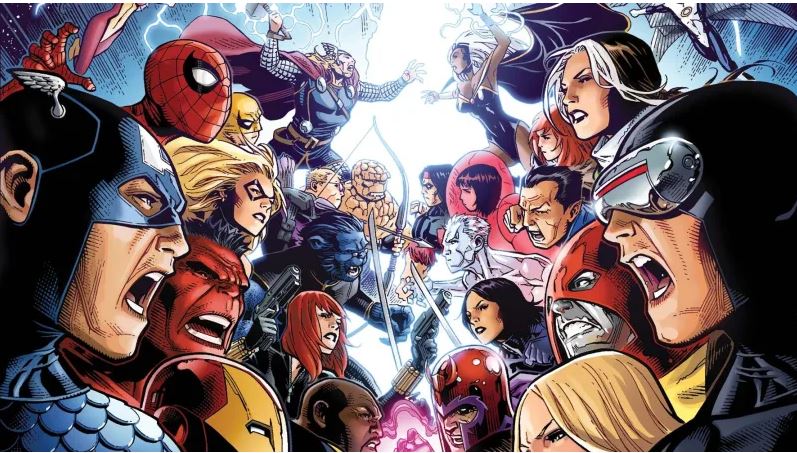 Even since it was announced that Disney was purchasing many of 20th Century Fox assets, comic book fans have frothed at the mouth for the endless possibilities that could come.  With Fox owning a significant number of Marvel properties, it would be awesome for them to exist within the Marvel Cinematic Universe.  Now of course, until the deal is done and goes through all global regulations, it’s not a done deal.  However, that doesn’t mean that Marvel hasn’t already started planning what they will do with their new toys once they get them.

For now, this is all in rumor territory, so take it with a grain of salt…

Everyone’s favorite half-vampire, vampire killer Blade has been rumored for a long time to make his return to the big screen.  After Wesley Snipes was released from prison, he stated that he has had some talks with Marvel about how and when to bring Blade back to the big screen.  According to We Got This Covered,  Marvel is planning on an R-Rated Blade movie.  While a Black Widow R-Rated movie was shot down by Kevin Feige, sources say that a Blade movie will be R-Rated, and will have Blade playing an Obi-Wan role and training his daughter to take on the mantle of vampire killer.

Now you can’t have Silver Surfer without Marvel’s first family.  Although the Fantastic Four has made 2 films under Fox, they were not as well received as such iconic characters deserve and fans have long wanted them to show up within the MCU.  According to sources, Marvel is planning to add the Fantastic Four to the MCU.  If rumors are true, It will be based on the “Ultimate Fantastic Four” version of Marvel’s First Family.  Casting is looking for members of the Fantastic Four to be in their 20’s or 30’s and will be a “cosmic adventure.”  The villain will not be Doctor Doom as he has been the big bad in the Fox movies.  Maybe this means they’ll see Galactus and the Silver Surfer?

But what about the X-Men?  After all, they are Fox’s biggest IP they had for Marvel.  Despite some of the X-Men movies not being able to stick the landing (and the new X-Men: Dark Phoenix movie coming out soon), they are still the biggest names in comics.  We Got This Covered says that the Fox era is pretty much done and if/when the X-Men come to the MCU, they will be recast, meaning we won’t see anyone who’s been attached to the Fox X-Men Universe when the characters show in up the MCU, except one: Deadpool.  That’s probably because Ryan Reynolds was just too awesome as Deadpool to recast.  Besides Deadpool, Marvel will be looking to cast actors/actresses in their late 20’s and early 30s to plan various mutants with the exception of Professor Xavier and Magneto being within the 35-55 age range.

With the X-Men joining the MCU, everyone’s wondering how they will interact with The Avengers.  In the comics, they have got along relatively well as both teams often try to save the world.  The Avengers were often seen as the “good guys” in the public as the “mutant menace” has painted the X-Men in a negative light.  That doesn’t mean that the Avengers and X-Men have always gotten along, and nothing showed that more than the “Avengers vs X-Men” storyline from 2012.  And if rumors hold true, it looks like we will be getting an Avengers vs X-Men movie.  Currently, that is “on the cards” and will be a slow build up showing both sides of the argument, until the teams are forced to face off against each other (think of how long Avengers: Infinity War took to come to completion).

Now if these rumors are true, the MCU will be very exciting for the foreseeable future!