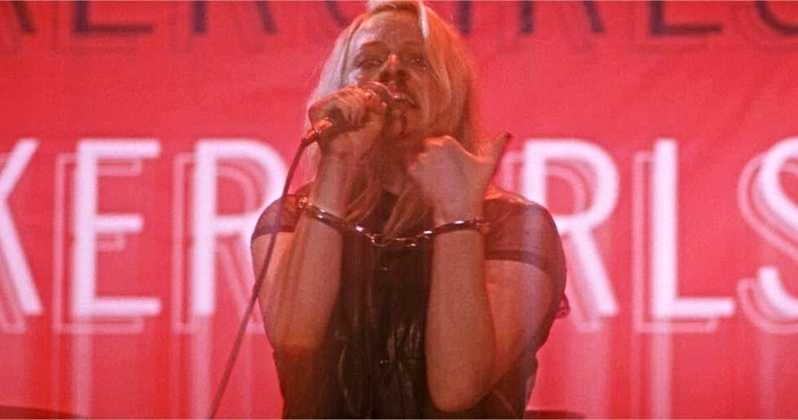 It’s tough to find a role that Elisabeth Moss doesn’t knock out of the park, but I’ve found her collaborations with Alex Ross Perry to be among her best.  She’s starred in both Listen Up Philip and the excellent Queen of Earth for the filmmaker, bringing something vastly different to both performances.  Now she’s back playing a troubled punk rock goddess in Her Smell, and chances are she’ll kill it here, too.

The buzz coming out of TIFF was very good, so I’m personally expecting a lot from this one. I couldn’t stand Golden Exits, which I think was Perry’s weakest movie by far. He also wrote Disney’s Christopher Robin, an odd diversion that worked surprisingly well.

Here’s the synopsis: All hail the tale of Becky Something, the brilliant and brash frontwoman for the ’90s rock band Something She. Becky is foul-mouthed, nihilistic, and incredibly talented. Mother of one, bandmate to two, and friend to none, Becky is at the height of her career and the top of the party game — with only one direction to go.


Her Smell opens in New York on April 12th, LA on April 19th followed by a national rollout.