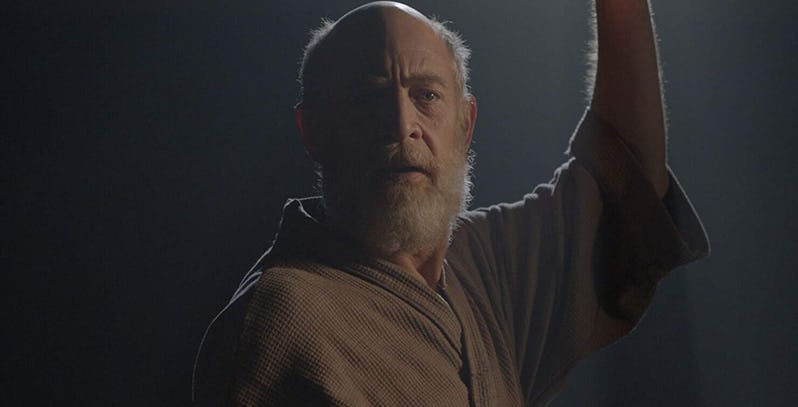 J.K. Simmons has spent so much time as one of Hollywood’s top character actors that to see him in the spotlight still feels a little strange. But it’s a welcome sight nonetheless, and he looks to be in top form in I’m Not Here, and he damn well better be because the film is written and directed by his wife, Michelle Schumacher.

It doesn’t take much to figure out what Schumacher’s drama is going to be about, or the emotional turmoil of Simmons’ character is going through. He plays a broken man haunted by a past tragedy, the loss of the love of his life, and flashbacks take us back to events that led to his current state. Sebastian Stan plays the younger version of Simmons’ character, joined by an excellent supporting cast that includes  Max Greenfield, Maika Monroe, Mandy Moore, and Iain Armitage.

Here’s the synopsis: Steve is haunted by his past as every object in his home, every sound he hears reminds him of a specific event in his life. Steve connects the events of his life to discover how he ended up alone and broken. As he relives each significant memory, he understands the generational issues that have held him captive like his father before him. Can he move past the pain and forgive his trespassers, and more importantly, forgive himself?