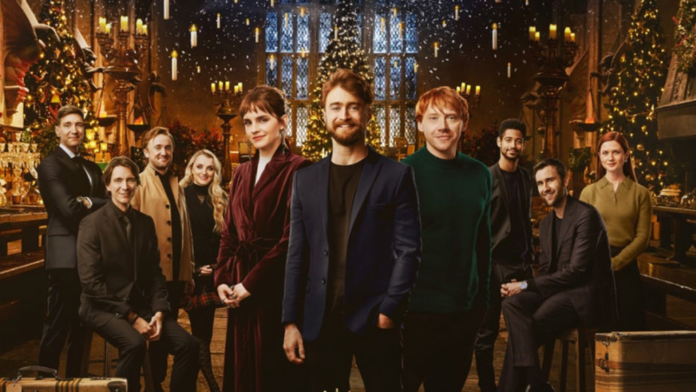 Warner Bros. and HBO Max have been celebrating the 20th anniversary of the release of Harry Potter and the Sorcerer’s Stone, a film that launched one of the studio’s biggest franchises ever. And what better way to do that than to bring back all of the huge stars who have been part of it. Some of them have popped up in the recent game show series hosted by Helen Mirren, but the best have been saved for the Harry Potter 20th Anniversary: Return to Hogwarts event. EVERYONE is going to be there…well, almost everyone. A pretty big name is missing.

Now, I’m guessing this will change, but author JK Rowling’s name is missing from the list of people who will be part of Harry Potter 20th Anniversary: Return to Hogwarts. Of course, stars Daniel Radcliffe, Emma Watson, and Rupert Grint are there, along with pretty much everybody who mattered in the cast and even some of the directors. But you don’t see Rowling’s name listed, and that probably has to do with the transphobic comments she’s made that have alienated a good chunk of fans.

To be fair, there are fans both in support of her absence and those who don’t like it one bit. Me, I think WB is right to leave her out of the marketing but she ought to be there in the show itself. The Potterverse wouldn’t exist at all without her.