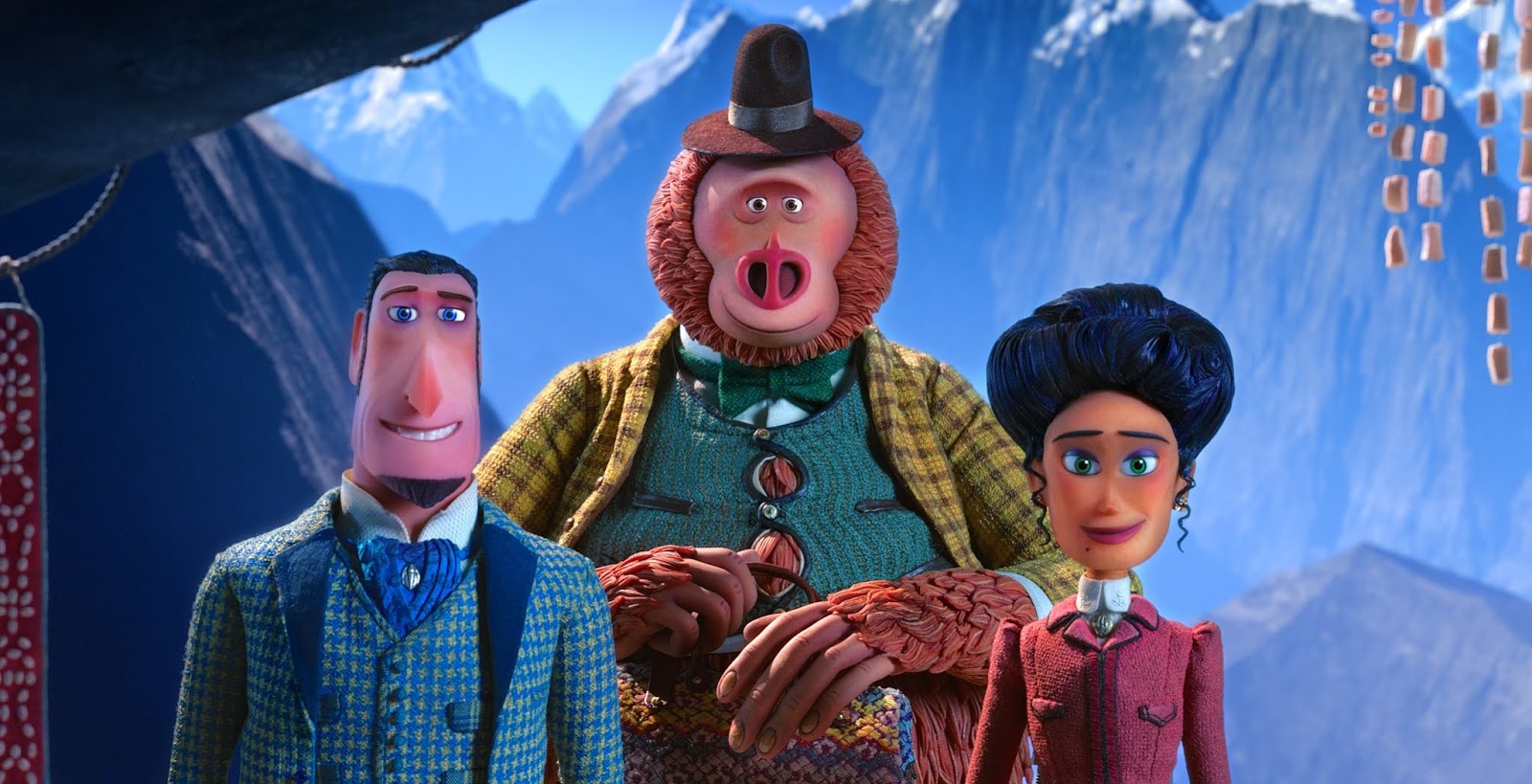 Laika, the studio behind stop-motion animated treasures Coraline, ParaNorman, The Boxtrolls, and Kubo and the Two Strings is back with another film that will wow audiences and have critics wishing it made a bigger splash at the box office. Missing Link features the A-list voice cast of Hugh Jackman, Zach Galifianakis, Zoe Saldana, Timothy Olyphant, Stephen Fry, and Emma Thompson in the story of an explorer investigating the legendary Missing Link.

Written and directed by ParaNorman‘s Chris Butler, the film has Jackman voicing fearless explorer Sir Lionel Frost, an investigator of myths and legends, although few ever believe what he claims to have found. When he seeks to prove the haters wrong by finding the Missing Link, who as it turns out is a sensitive and lonely creature in need of Frost’s help.

All of Laika’s films are gorgeous but they are always getting better. I wasn’t sure they could ever top the beauty of Kubo and the Two Strings, but Missing Link is absolutely stunning based on this footage, although I’ll admit this story intrigues me less than their previous efforts.

Here’s the synopsis: This April, meet Mr. Link: 8 feet tall, 630 lbs, and covered in fur, but don’t let his appearance fool you… he is funny, sweet, and adorably literal, making him the world’s most lovable legend at the heart of Missing Link, the globe-trotting family adventure from LAIKA. Tired of living a solitary life in the Pacific Northwest, Mr. Link recruits fearless explorer Sir Lionel Frost to guide him on a journey to find his long-lost relatives in the fabled valley of Shangri-La. Along with adventurer Adelina Fortnight, our fearless trio of explorers encounter more than their fair share of peril as they travel to the far reaches of the world to help their new friend. Through it all, the three learn that sometimes you can find a family in the places you least expect.

‘Wildwood’: Laika’s YA Stop-Motion Adaptation Will Go Back To Their Hometown Roots