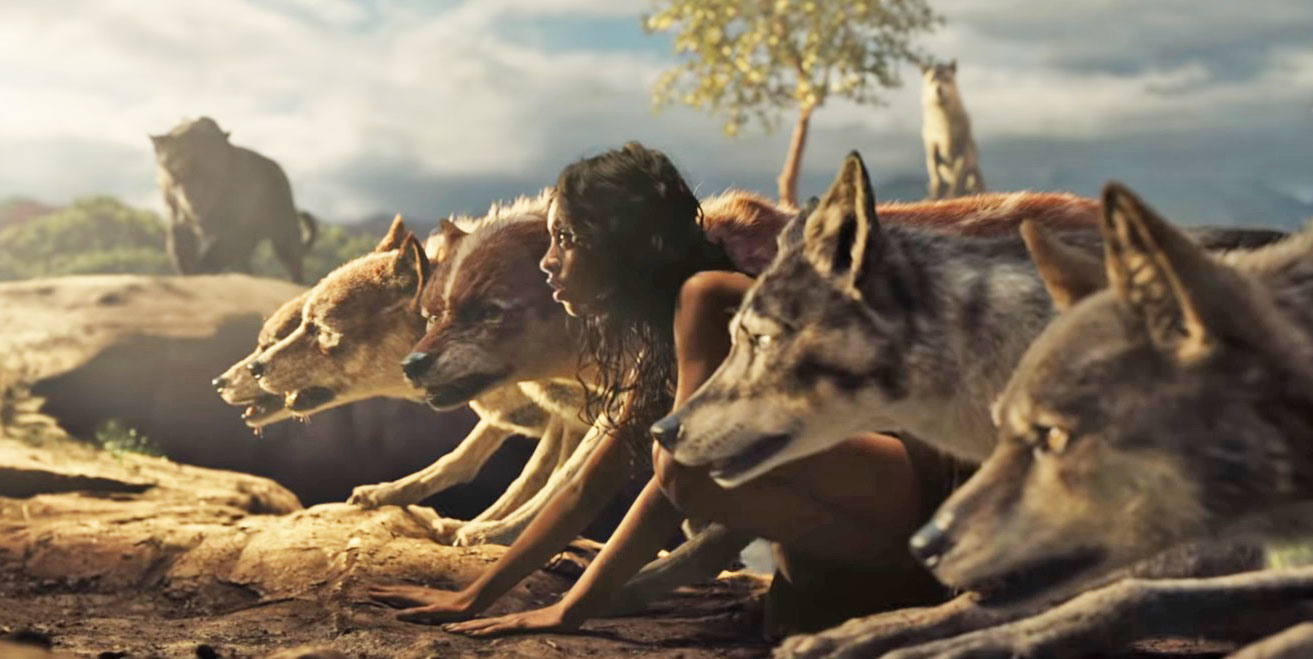 Andy Serkis’ incredible motion capture performances will probably always be what he’s remembered for, but he’s making moves as a director that could earn him all sorts of new accolades. He made his directorial debut just last year with the stirring drama Breathe, but his sophomore effort is considerably more ambitious and in line with his mo-cap sensibilities. Mowgli: Legend of the Jungle is Serkis’ darker adaptation of Rudyard Kipling’s Jungle Book, and the beauty he’s brought to it can be seen in the new trailer.

While Disney’s take on The Jungle Book was wildly successful just a few short years ago, Serkis hopes there is room for audiences to appreciate his vision of the material. His film won’t feature any musical acts, and tells the origin of Mowgli (Rohan Chand), who is raised by the wolves and other animals in the wild jungles of India.  The motion capture cast is phenomenal with Benedict Cumberbatch as Shere Khan, Christian Bale as Bagheera, Cate Blanchett as Kaa, Naomie Harris as Nisha, Jack Reynor as Brother Wolf, and Serkis as the lovable Baloo. Frieda Pinto and Matthew Rhys join Chand in the other live-action roles.

Netflix will release Mowgli: Legend of the Jungle theatrically on November 29th before streaming globally on December 7th.  Synopsis and trailer are below.

Acclaimed actor and director Andy Serkis reinvents Rudyard Kipling’s beloved masterpiece, in which a boy torn between two worlds accepts his destiny and becomes a legend. Mowgli (Rohan Chand) has never truly belonged in either the wilds of the jungle or the civilized world of man. Now he must navigate the inherent dangers of each on a journey to discover where he truly belongs. Christian Bale, Cate Blanchett, Benedict Cumberbatch, Andy Serkis, Freida Pinto, Matthew Rhys and Naomie Harris lead an all-star cast along with newcomer Rohan Chand in this visually spectacular and emotionally moving adventure.

Giveaway: Win A Blu-Ray Of ‘The Courier’ Starring Benedict Cumberbatch

Cate Blanchett To Star In ‘TAR’ From Director Todd Field