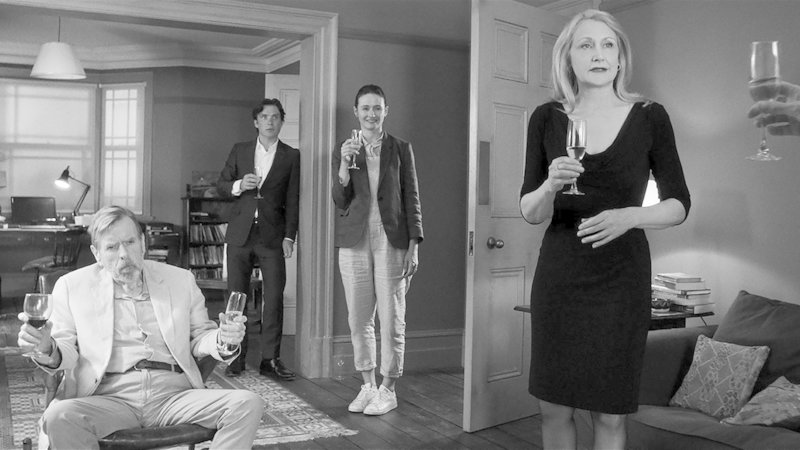 Janet (Kristin Scott Thomas) has just achieved a new level
of political success and decided that the best way to celebrate would be to invite
some close friends over for a dinner party. Of course, this group of people is
arguably as dysfunctional as they come. April (Patricia Clarkson) and her
boyfriend Gottfried (Bruno Ganz) are a couple clearly coming to the end of the
line – which April literally tells Janet and Gottfried throughout the party.
April appears to despise Gottfried and his naturalistic elements, rolling her
eyes as she mentions him meditating, or dancing, or doing anything really. Then
we have Martha (Cherry Jones) and Jinny (Emily Mortimer), a couple who have a
large announcement of their own. They seem happy together, but there are
secrets from the past that may catch up with them before the night is through.
Tom (Cillian Murphy) is a wealthy wanker banker who has come to the party stag,
with his wife Marianne planning on joining them later. Tom is taking advantage
of her absence – doing cocaine in the bathroom and enjoying some drinks – but he
too is trying to numb himself from revelations that have come up in his life.
Lastly, there is Bill (Timothy Spall), Janet’s husband who has been there to
support her campaign through thick and thin. Bill spends most of the party
sitting in the same seat, staring off into the distance, seemingly in deep
thought. He does not look like a man who is happy that all of his wife’s work
for the past several years has paid off. 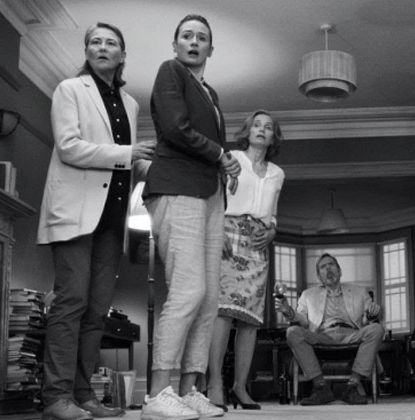 With its short runtime (around 70 minutes) and over-the-top
characters, The Party felt like it was
a British play that went straight from the stage to our black and white
television screens. The entirety of the film is essentially set in one
location, Bill and Janet’s flat, but Sally Potter (who wrote and directed the
film) manages to successfully use this enclosed area to weave a twisted tale,
entangling most characters with one another. Each group of guests has
announcements that vary in importance, from the ending of relationships to
pregnancies to major health concerns. Each announcement overshadows Janet,
shifting the spotlight of the evening to themselves, and each announcement
becomes more grandiose than the last. Some performances throughout the film do
stand out, most notably those of Patricia Clarkson and Cillian Murphy, but a
lot of them get lost in the absurdity. I have been to parties with
dysfunctional people before, but nothing like what Potter has put together in The Party. The film has some moments
that stand out, and a few humorous undertones, but nothing that really makes it
stand out. However if you are looking for a quick and decently entertaining
flick then The Party might just be
an affair you want to find yourself invited to.
Rating: 3 out of 5