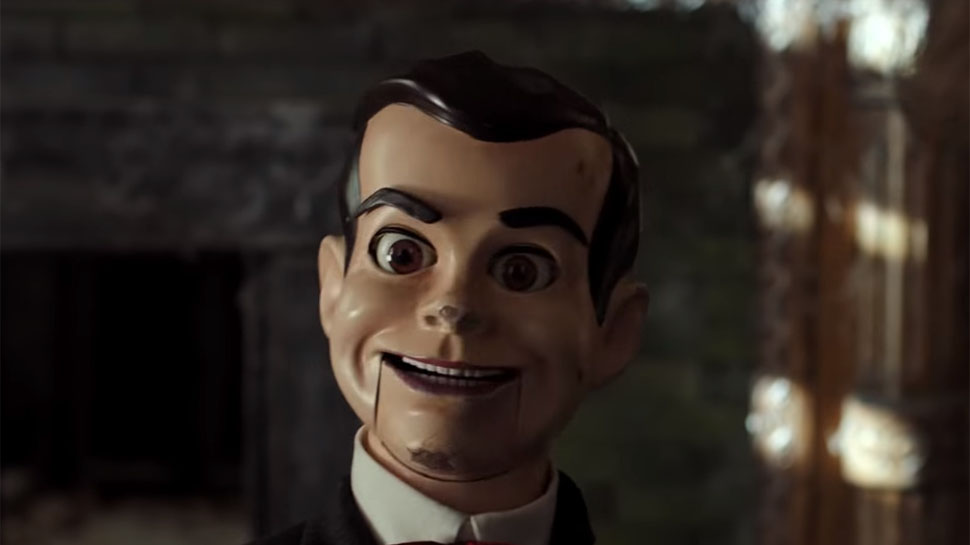 The original Goosebumps movie was more than just a tip of the hat to fans of R.L. Stine’s horror novels for kids, they were an attempt to reach out and grab a new audience. The surprisingly sizable box office shows some accomplishment in that regard, but the seasonal sequel Goosebumps 2: Haunted Halloween has a much narrower focus. It’s almost solely for those who enjoyed the first movie, which makes the strange, uneven presence of Jack Black such a puzzler. 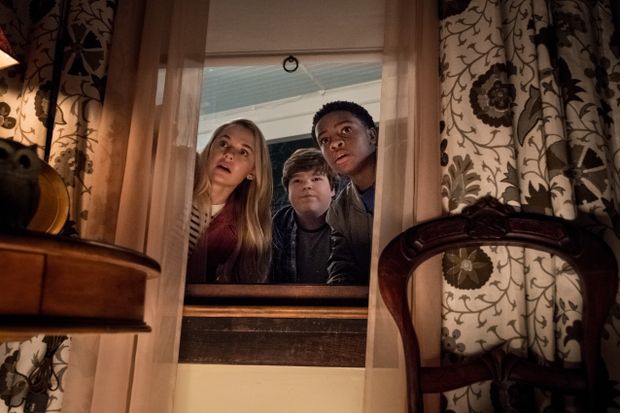 As Stine himself, Black was by far the biggest name Goosebumps had but he wasn’t guaranteed to return for the sequel. Two scripts, one with Black and one without, were written and somewhere along the way maybe the pages got mixed up. The first half of the film shows almost zero interest in Stine, and certainly there’s no sign of Black. And then out of nowhere he pops up on the scene in what amounts to a glorified cameo, so out of place that it’s like he wandered in from a different movie. Maybe he did? The House with a Clock in its Walls seems like a reasonable culprit. 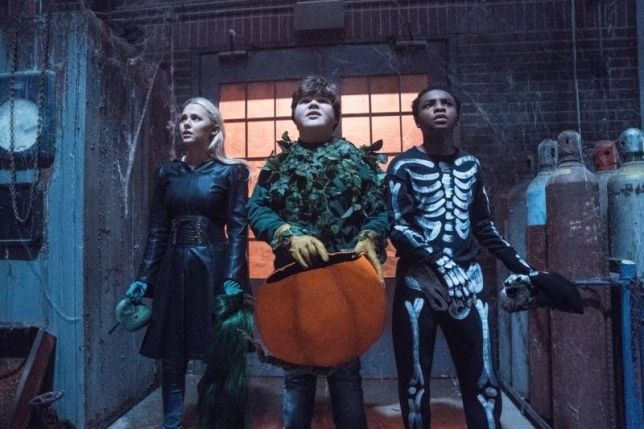 Kids who have yet to partake in the gory frights of Blumhouse or Stephen King won’t care about the bizarre casting. Goosebumps 2 is perfectly enjoyable Halloween entertainment, full of decent kid-friendly “scares”, some passable monster effects, and a story that zips along enough that adults won’t get too bored. In the Halloween-obsessed town of Wardenclyffe, best friends Sonny (It star Jeremy Ray Taylor) and Sam (Caleel Harris) have a fledgling junk business, and in the process of cleaning out an old haunted-looking house they discover not only a blank R.L. Stine manuscript, but his evil ventriloquist’s dummy, Slappy. When they open the book, Slappy is released into the world to cause all kinds of mischief.  Jack Black voiced Slappy in the first movie but in another nod to the sequel’s fractured production, he’s voiced by Mick Wingert even though Black is in the movie. 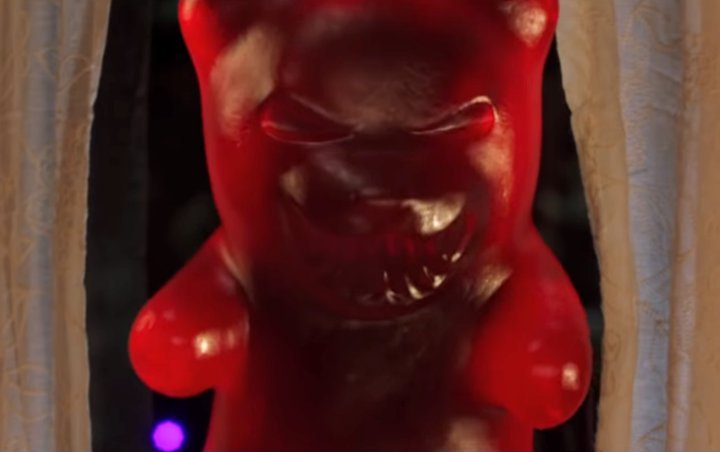 Slappy is by far the best thing Goosebumps 2 has going for it. The kids are pretty bland, and that includes Madison Iseman as Sonny’s older sister Sarah. She joins them when Slappy uses his magical powers to turn Halloween costumes, decorations, and even candy (evil Gummi Bears!!!) into living creatures, forming his own makeshift family. But you kinda find yourself rooting for Slappy, who has the maniacal streak of Chucky without the homicidal tendencies.  He’s not even really scary, more like a pest with delusions of grandeur and he makes a good foil for the misfit protagonists. While witches, mummies, and even a giant spider made of balloons stalk the neighborhood, truly the kids’ biggest threat turns out to be the school bully. 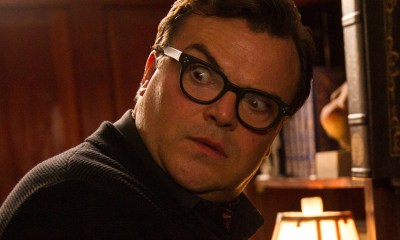 I take that back. Their biggest threat is being overshadowed by gobs of CGI, fun as it may be, and then later by Jack Black. The funny thing about Stine is that he shows up to help save the day, but the first thing he does is recognize that there isn’t really anything for him to do. So…why is he there at all? It’s just weird. Much better, and integral to the story, are Wendi McLendon-Covey as Sonny’s workaholic mom, and Ken Jeong their wacky neighbor, Mr. Chu, who perhaps is too invested in Halloween for someone without any kids. 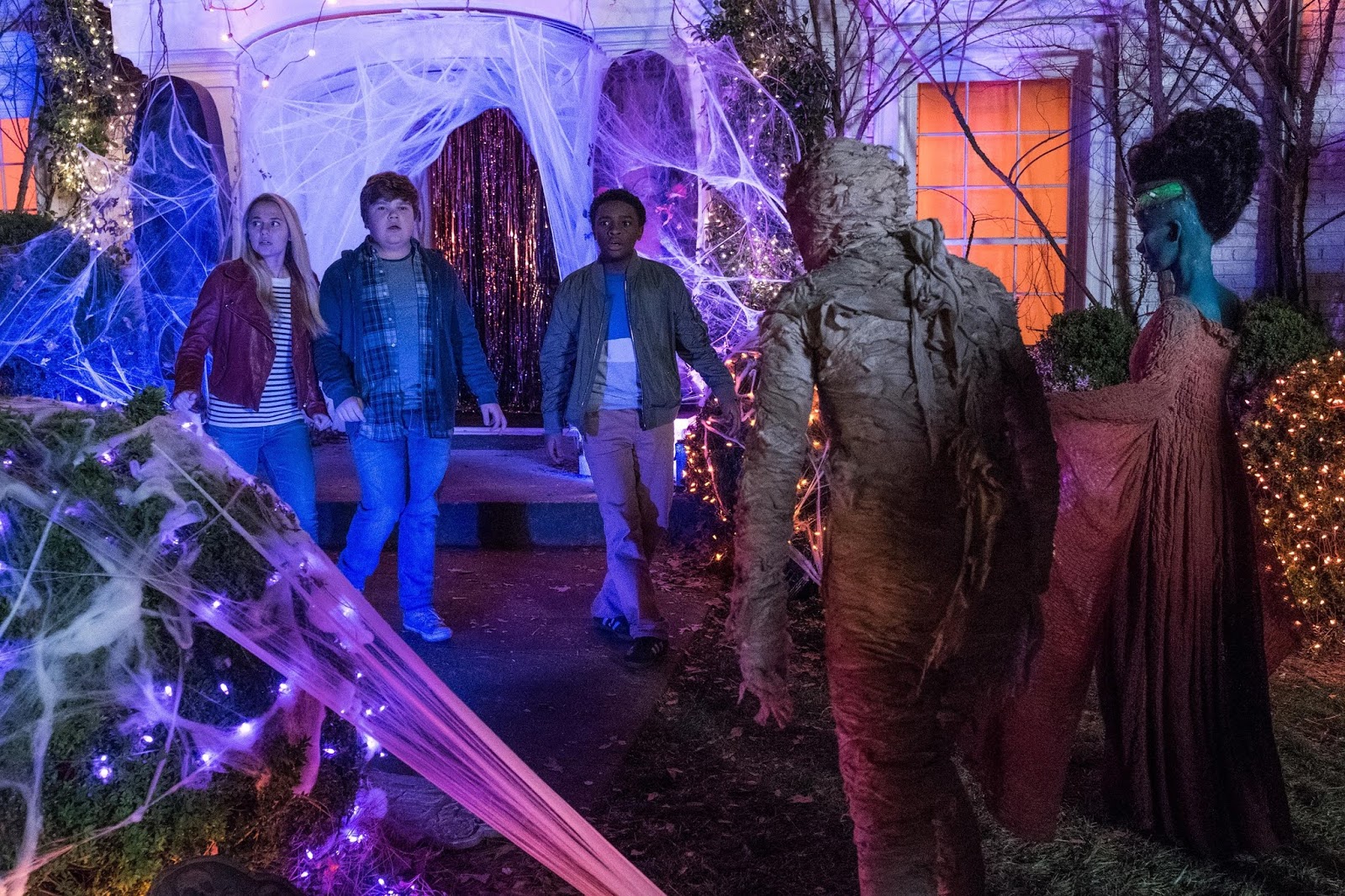 Despite some clear problems director Ari Sandel was unable to keep masked, Goosebumps 2: Haunted Halloween should be a treat to its target audience. Whether it’s enough to warrant a third movie is unclear but if so let’s hope they figure out what to do with Stine well in advance.