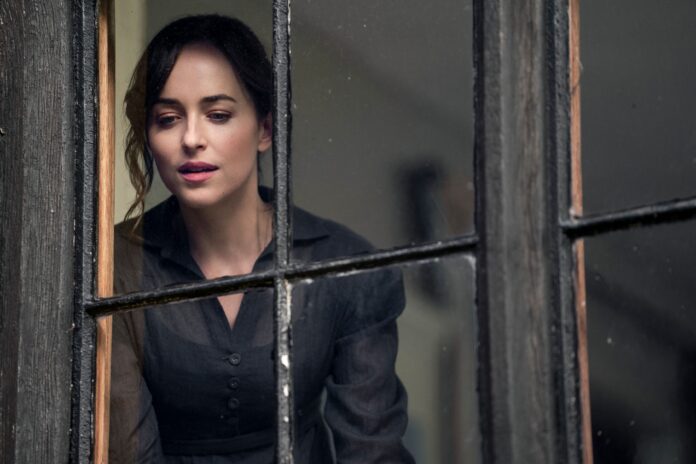 Matters of the heart, obligation, and high-society; throughout literary history nobody has combined these facets better than Jane Austen. And Hollywood has indeed loved her for it, with a list of adaptations as long as my arm. But one that has yet to get its due is also Austen’s final novel, Persuasion, published just a few months after her death in 1817. Netflix is changing that with this summer with a new film starring Dakota Johnson as the latest Austen heroine.

Directed by Carrie Cracknell, Persuasion stars Johnson as 27-year-old Anne Elliott, who years earlier was persuaded to break off an engagement to poor but handsome naval officer Frederick Wentworth. When he returns to her life as a Captain, it leads to many humorous, awkward encounters and perhaps one final chance at love.

This is a very different foray into romance and passion than Johnson’s breakout roles in the Fifty Shades movies. To me, she has long since outgrown that inauspicious start and become one of the best actors working today. She can be seen later this week in Cooper Raiff’s Cha Cha Real Smooth and I suggest seeking that one out, too. It’s funny, Jane Austen has never been my bag but I find myself liking these modern takes that are snappier and less stuffy than prior adaptations.