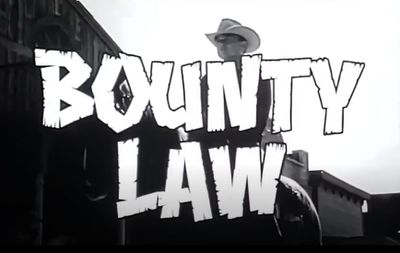 Quentin Tarantino may have idled on his Star Trek film, but with multiple Oscar nominations for Once Upon a Time in Hollywood he’s staying busy as ever. While he’s talked about extended additions of that film, plus ideas about doing a play and writing a book, one of the more intriguing possible moves was to TV. In a recent conversation with Deadline, Tarantino sounds like he’s confirmed a move to the small screen, and it’ll be for a project that’ll tie-into Leonardo DiCaprio’s Rick Dalton.

Tarantino says he has written and plans to direct a 5-episode series of Bounty Law, the fictional series seen in Once Upon a Time in Hollywood that DiCaprio’s Rick Dalton built his career on

“As far as the ‘Bounty Law’ shows, I want to do that, but it will take me a year and a half. I ended up writing five half-hour episodes. So I’ll do them, and I will direct all of them.”


“It got an introduction from ‘Once Upon a Time in Hollywood,’ but I don’t really consider it part of that movie even though it is,” he said. “This is not about Rick Dalton playing Jake Cahill. It’s about Jake Cahill. Where all this came from was, I ended up watching a bunch of ‘Wanted, Dead or Alive‘, and ‘The Rifleman,’ and ‘Tales of Wells Fargo,’ these half-hour shows to get in the mindset of ‘Bounty Law,’ the kind of show Rick was on. I’d liked them before, but I got really into them. The concept of telling a dramatic story in half an hour. You watch and think, wow, there’s a helluva lot of storytelling going on in 22 minutes. I thought, I wonder if I can do that?”

This sounds amazing, but only if DiCaprio can be convinced to return for it. If this puts off his Tarantino’s 10th and supposedly final movie for a while, I’m more than okay with that.