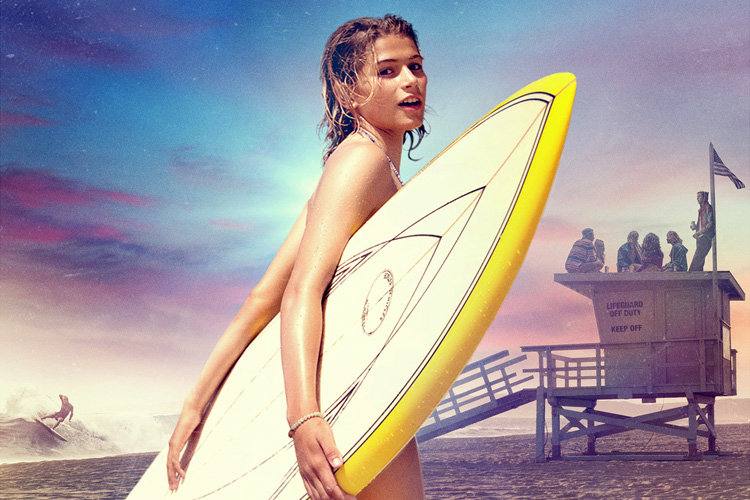 One of the biggest questions that any movie should attempt to answer is “what is its point?” What is its reason for existing?” Unfortunately, this movie doesn’t seem to know and neither do I.

Age of Summer follows the life of a young, teenaged boy, named Minnesota, as he works as a lifeguard at the local beach during the summer of 1986 and that’s pretty much it. There’s nothing fresh, thought-provoking, or heartfelt about this movie. I kept waiting for something to happen that would grab me and pull me in to the life of this young boy, but sadly that never happened.

Sure the argument could be made that since it revolves around teenagers who at this point in their life don’t know their reason for existing, the movie itself doesn’t necessarily have to either; it’s taking a page out of the realism handbook, but that’s just lazy writing. Outside of one random conversation where Minnesota and Brooke, the object of Minnesota’s affection, ponder that very idea of making life meaningful and being afraid of what’s next we honestly don’t get much.

The movie is simply filled with a bunch of happenings that I, on more than one occasion, have to question if they’re occurring in one day or not (and I say this because the movie makes a point of having Minnesota get written on with a black marker by his boss, but the writing never seems to make its way off of his back or even fade throughout the course of the movie. That says something either about the lack of establishing a proper setting or the character’s hygiene, neither of which settles well with me).

Because of the movie’s lack of meaning, the emotions, conclusions, and anything else that it culminates to feels completely underserving. Nothing was really built up in a way to where someone being angry with someone else, someone being reduced to tears because of something that happened in their past, or someone having an arbitrary epiphany felt right. “Where is this coming from?” was a question that I asked often while watching this movie.

The movie itself wasn’t as hard of a watch like a lot of others that I have had to review; it had an entertainment factor to it that may not have been the most appealing thing, but it also wasn’t completely boring either. It’s just sad that this movie had nothing more to offer to it outside of a bunch of “and then” moments.

‘Den Of Thieves’ Trailer: Gerard Butler Is A Cop On The Edge