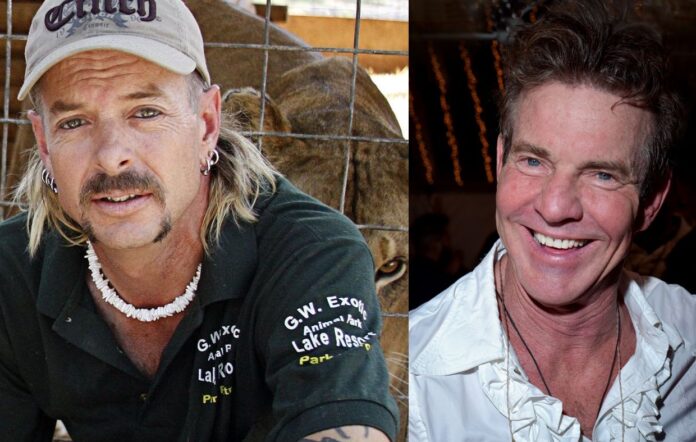 Though the series is named after the infamous tiger park owner, Joe Exotic, it will focus on his rival and eventual hit Carole Baskin, played by McKinnon. Mitchell is set to play Exotic. According to Variety the show will be as follows:

Adapted from the Wondery Podcast of the same name, “Joe Exotic” centers on Carole Baskin, a big cat enthusiast, who learns that fellow exotic animal lover Joe “Exotic” Schreibvogel is breeding and using his big cats for profit. She sets out to shut down his venture, inciting a quickly escalating rivalry. But Carole has a checkered past of her own and when the claws come out, Joe will stop at nothing to expose what he sees as her hypocrisy. The results prove dangerous.

No release date has been given yet. Amazon is also working on a Tiger King project with Nicholas Cage as Exotic.