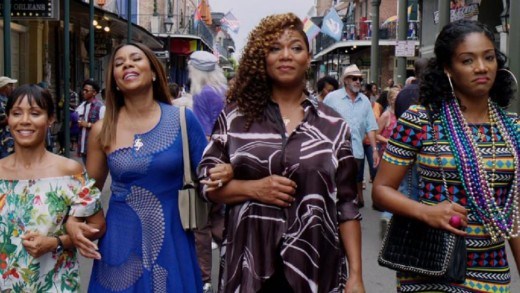 The Flossy Posse is getting back together! Of course, we already knew there would be a sequel to Girls Trip, the breakout comedy of 2017. They were talking about it barely a month after the film opened, on its way to $140M worldwide. Now Regina Hall is chiming in and saying “the girls are coming back”, although she doesn’t know where the Posse will be headed next time…

They’ve already done New Orleans, so wouldn’t Las Vegas be a natural fit? Isn’t that where most sequels tend to go?

Of course, Hall would have to be joined by co-stars Jada Pinkett Smith, breakout star Tiffany Haddish, and Queen Latifah. They played four college friends who party way too hard during EssenceFest in New Orleans. The film was proof that Hollywood can make a hit movie led by and targeted at black women, but it hasn’t exactly led to a changing of the guard. Perhaps making money off a Girls Trip 2 will do it?

“Girls Trip” star @MoreReginaHall says the Flossy Posse is coming back for a sequel! ?? pic.twitter.com/vqX1TBip0c