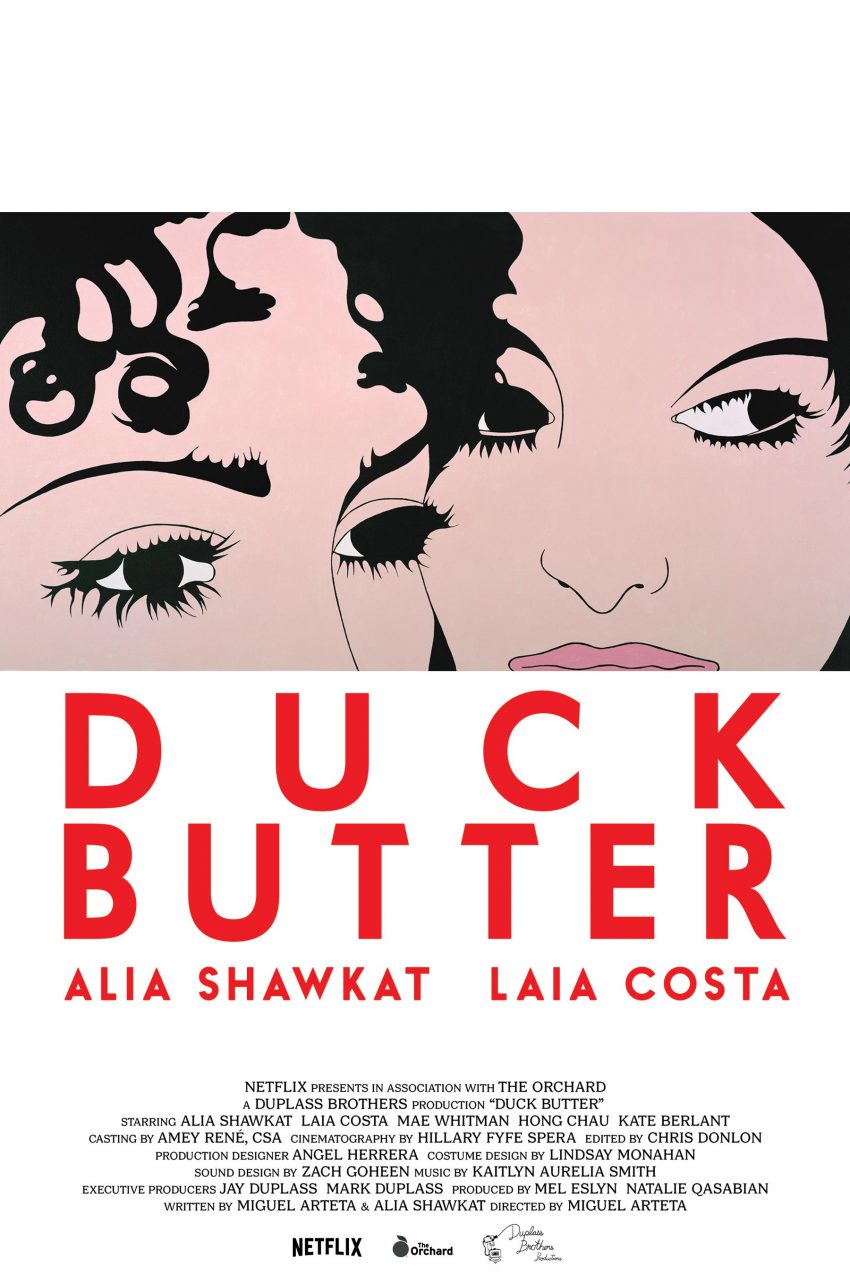 Um, if you look up the term “duck butter” it’s probably going to gross you out. Like, gross you out in the way looking up “santorum” would. So just forget that and focus on Duck Butter the title of the new film from Miguel Arteta, his followup to Beatriz at Dinner, and a film he co-wrote with star Alia Shawkat. The combination of those two is already enticing, but throw in the Duplass Brothers as producers, plus a co-star in Newness and Victoria breakout, Laia Costa.

That’s not all because the premise is pretty damn provocative. Shawkat and Costa play two women who have a one night stand and engage in an experiment to have sex every hour for 24 hours straight. Yeah, I’d say that would produce some pretty thick duck butter. There’s a tremendous cast for this one that includes Kumail Nanjiani, Mark and Jay Duplass, Mae Whitman, Hong Chau from Downsizing, Lindsay Burdge, and Kate Berlant.

Duck Butter opens April 27th but will premiere at the Tribeca Film Festival.