Are you ready for a grown-up Dora the Explorer? It sounds like something that should be an SNL skit (CollegeHumor already plumbed those depths), not a major feature-length movie, but it is a real thing and now we have the first look at star Isabela Moner in the title role. Apparently Dora only keeps one set of clothes in her closet. For her entire life.

Moner is the scene-stealer most recently seen in Sicario: Day of the Soldado and Transformers: The Last Knight.  She’s joined in Dora’s “most dangerous adventure ever” by Mexican superstar Eugenio Derbez, last seen in the Overboard remake, plus Micke Moren;, Nicholas Coombe, Madeleine Madden, Adriana Barraza, and Temuera Morrison.  The Muppets’ James Bobin is behind the camera. Here’s the synopsis:

Having spent most of her life exploring the jungle with her parents nothing could prepare Dora for the most dangerous adventure ever – High School. Always the explorer, Dora quickly finds herself leading Boots (her best friend, a monkey), Diego, and a rag tag group of teens on a live-action adventure to save her parents and solve the impossible mystery behind a lost Inca civilization. 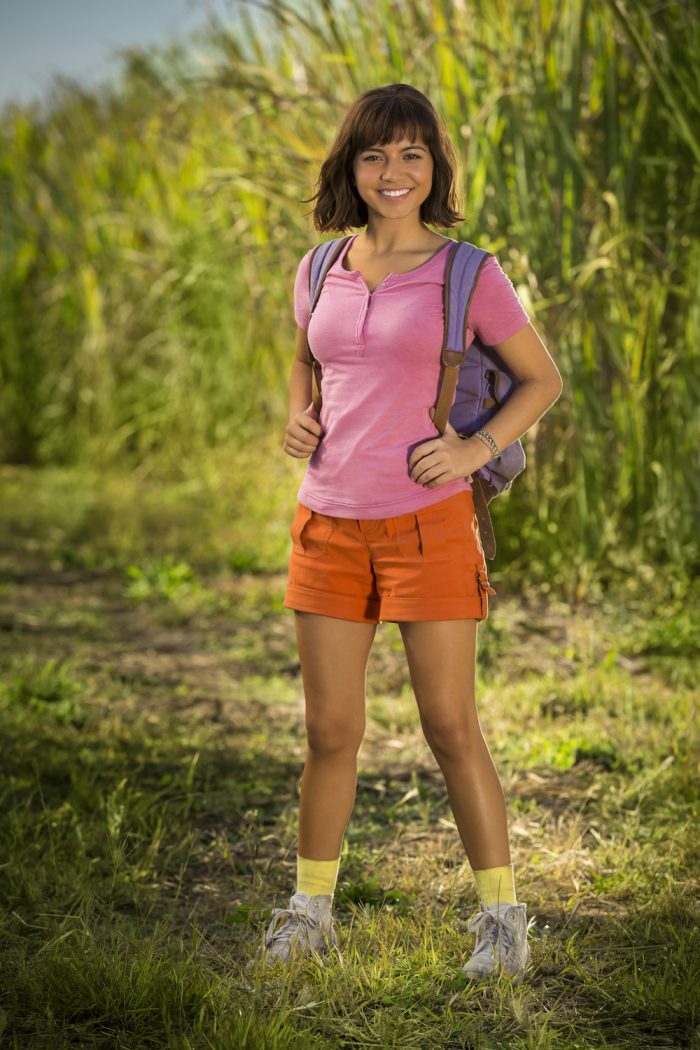