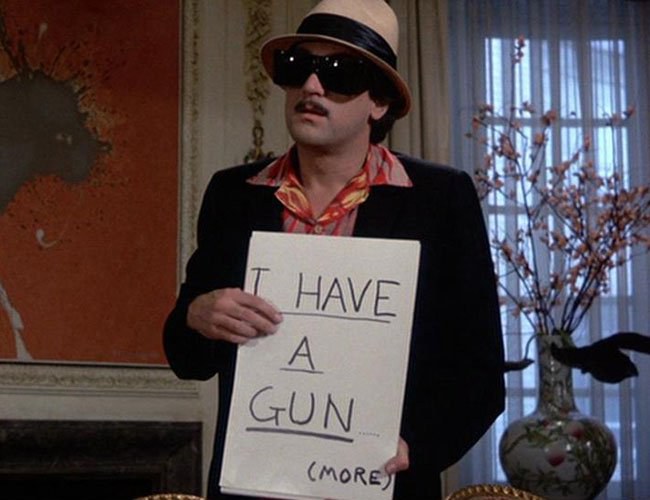 Turns out the rumor from last month is true. THR is confirming Robert De Niro’s negotiations to be part of the Joker film starring Joaquin Phoenix.

So just think about that cast already: Joaquin Phoenix, Robert De Niro, Zazie Beetz assuming she signs on. That’s a Hell of a lineup and suggests director/co-writer Todd Phillips has a damn good script on his hands. De Niro’s role is described as “a formative figure in the development of the character who eventually becomes The Joker.” His character is apparently not a villain, however.

It’s possible De Niro’s involvement goes back to when Martin Scorsese’s name was closely attached as an exec-producer. With Taxi Driver and King of Comedy seen as tonal inspirations it makes sense to go after De Niro, even if Scorsese is no longer part of the production. At least he doesn’t seem to be.

The Wrap adds that Six Feet Under star Frances Conroy is also joining the film, taking on the role of Penny, the mother to Phoenix’s character. They also add a detail about De Niro, saying his role is that of a talk show host. As for Penny, we’ve heard rumors of her being linked to Thomas Wayne, the father of Bruce Wayne.  There’s nothing else to suggest Bruce Wayne/Batman will appear, especially with the film being much darker and separate from the DCEU label.