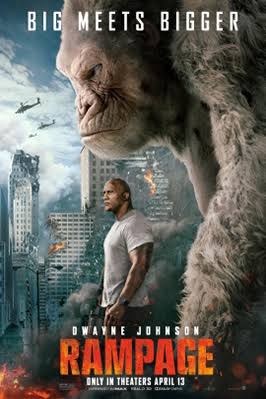 Based on the classic arcade game of the same name, Rampage
stars Dwayne Johnson as Davis, brilliant primatologist with a special
bond shared with a rare albino silverback gorilla named George. When a rogue
genetic experiment accidentally  mutates
George and several other animals in the vicinity, it’s up to Davis and his team
to stop the oversized animals from tearing the city apart.

We Said: “Over-the-top right
from the start, Rampage never takes itself too seriously even for a moment.
Thank goodness it doesn’t because the only way this movie works is if you
embrace how ridiculous the whole thing is.” Rating:
3.5 out of 5 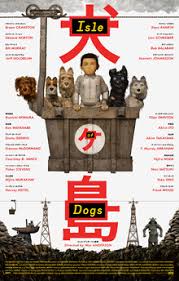 From the whimsical mind of Wes Anderson comes this new hit
stop-motion animated adventure. Set in a vision of Japan where all dogs have
been condemned to life on a remote island of garbage, one young boy manages to
cross his way over to rescue his beloved pet. Accompanied by an unlikely crew of
misfit dogs, the pack go on an adventure across the island to reunite the lost
friends.

We Said: “Imagine a sci-fi infused Akira Kurosawa flick done in
stop-motion animation and you get an idea of the eccentric world Anderson has
brought to life. It’s really quite remarkable, feeling like a place both in and
out of time, feudal and dystopian with modern sensibilities.” Rating: 4  out of 5 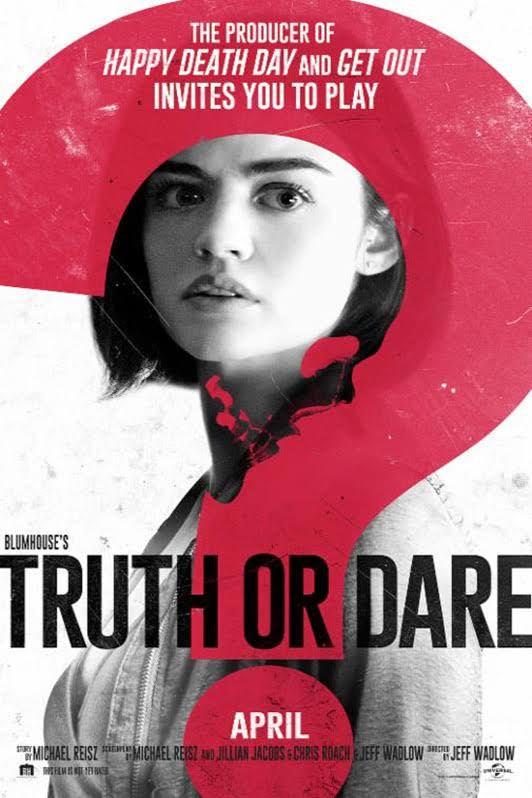 Blumhouse’s Truth or Dare
When a group of vacationing friends begin a game of truth or
dare with a seemingly friendly person they just met, everything seems perfectly
fun and innocent, until a dark secret is revealed. By agreeing to play the
game, the group has awakened a demon which forces the friends to share dark
secrets and confront their deepest fears. The rules are simple but wicked —
tell the truth or die, do the dare or die, and if you stop playing, you die.

We Said: “I can’t say that I
expected a lot from this flick, you can generally tell a lot about a horror
movie based on its premise and trailers, more so then most other genres, but
man this one missed the mark. I will say that the cast was good, considering
what they were given to work with but that is about the best accolade I can
give Truth
or Dare.” Rating: 1.5 out of 5

Amy Schumer stars in this new comedy as a down on her luck
woman, struggling with self doubt and depression. Things in her life take a
sudden turn, however, when as a result of head-trauma from a particularly awful
fall, she wakes up believing herself to be the most beautiful and capable woman
on the planet. With this newfound confidence, she is empowered to live her life
fearlessly and flawlessly, but what will happen when she realizes her
appearance never changed?

We Said: “I
Feel Pretty means well and is worth a few laughs thanks to Schumer’s
exuberant performance, but ultimately it doesn’t look far enough beneath the
surface to be truly perceptive.” Rating: 2.5
out of 5 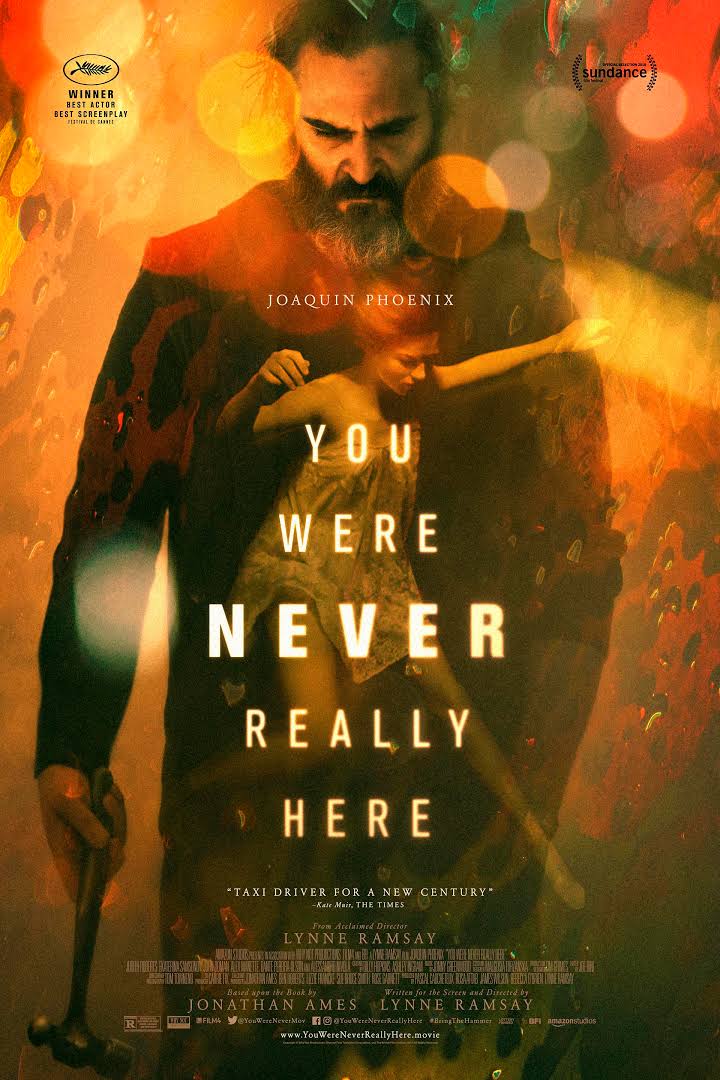 You Were Never Really Here

Joaquin Phoenix stars in this powerful and intense thriller
as an isolated, brutal hired gun, who, in the midst of his own personal
internal crisis, comits himself to rescuing an abducted teenage girl, stopping
at nothing to bring her captors to justice.

We Said: “You
Were Never Really Here is a knockout film and a welcome dose of art-house
flair to the vengeance movie genre. Here’s hoping [Director Lynn] Ramsay
doesn’t keep us waiting quite so long the next time.” Rating: 4 out of 5