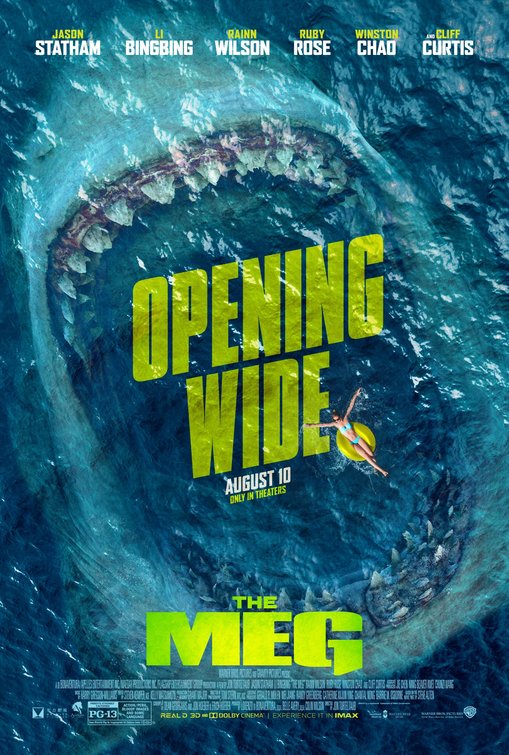 If you’re going to make a movie about the discovery of a giant prehistoric shark and cast Jason Statham as the hero, there’s really only one way to do it. Fortunately, The Meg looks to be running with the downright ludicrous nature of the plot.

Directed by Jon Turteltaub and co-starring Li Bingbing, Rainn Wilson, Winston Chao, Ruby Rose, Cliff Curtis, and Masi Oka, the film sets Statham and a team of scientists against a Megalodon before it can devour everybody in its path. The tone reminds me of Piranha 3D, which is exactly what it should be like, although I’m sad over the lame PG-13 rating. I’m no huge fan of Turteltaub, but every now and then like with the National Treasure movies he gets it right.

The Meg emerges in theaters on August 10th.