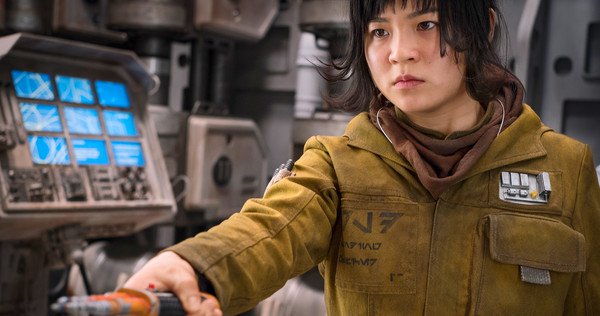 Star Wars may be the most beloved franchise in the history of movies, but it also has the most rabid group of trolls the Internet has ever seen. Star Wars had trolls before we even knew what trolls were. Don’t believe me? This tweet sums up their body count pretty damn well…

This is the fanbase that:
•Drove Jake Lloyd insane
•Made Hayden Christianson quit acting
•Made George Lucas not want to make any more movies
•Made Daisy Ridley delete her Instagram
•And recently made Kelly Marie Tran leave Instagram

I love Star Wars but fuck the fans https://t.co/yhApP7GVIH

Oh yeah, that last one is what this post is about, because Star Wars: The Last Jedi actress Kelly Marie Tran has deleted all of her Instagram messages “due to months of harassment she has received for her character Rose in #TheLastJedi.”

The thing is, it wasn’t just about the storyline written for Rose Tico, the character Tran played in the film. These attacks were largely focused on her race and gender, with them seeming to take offense at having a woman of color in such a prominent role. John Boyega faced some of the same heat when he was cast in Star Wars: The Force Awakens, and Daisy Ridley also endured her share of sexist remarks. But going back to Tran, this was her first major studio role and it’s a damn shame that what should have been the happiest experience of her life was spoiled in this way by a bunch of shitheads with too much time on their hands. These are undoubtedly the same assholes who vowed to score The Last Jedi lower because of its diverse cast, then tried to expand that hate campaign to other Disney movies like Black Panther and Avengers: Infinity War. I think the polarizing response to The Last Jedi has only caused the rhetoric to become more heated.

I was a big fan of Rose’s introduction and Tran’s performance. My hope is that this doesn’t sour her on acting too much, and that Tran has an even bigger role in Star Wars 9. If they want to bitch and moan like the bigots they are, really give them something to bitch about.