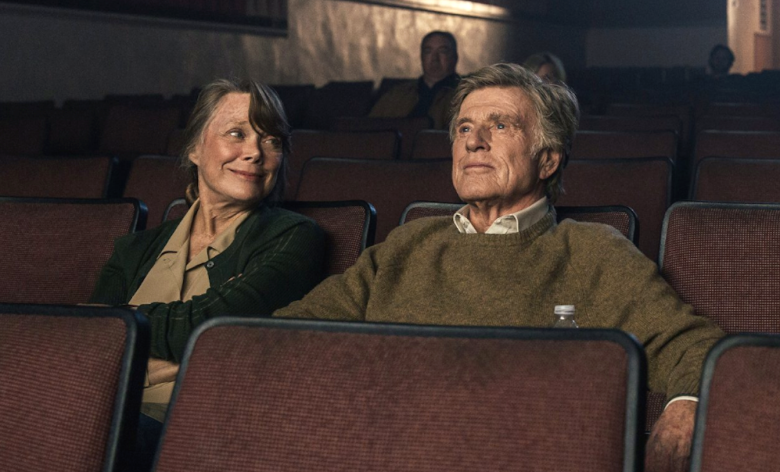 The reunion of legendary actor Robert Redford with his Pete’s Dragon director David Lowery would be enough reason to be excited, but The Old Man and the Gun has one more reason to be high on our must-see list. That reason, though, is bittersweet as Redford is making this the final movie of his storied career. And judging by the new trailer, it’s a role that I thin encapsulates so much of what made Redford such a beloved figure.

While Redford and Lowery’s last collaboration was the director’s first (and so far only) true mainstream effort, he’s best known for experimental projects like Ain’t Them Bodies Saints and A Ghost Story, both of which debuted at Redford’s Sundance Film Festival. So it makes sense for Redford to join Lowery for a movie that is equal parts comedy, crime drama, and biopic. Redford plays Forrest Tucker, a 70-year-old San Quentin escapee who embarks on a series of bank robberies using little more than his natural charm.  The role calls back to some of Redford’s most memorable, in particular Bonnie and Clyde.

The film co-stars Sissy Spacek, Casey Affleck, Danny Glover, Tom Waits, and Tika Sumpter, although Elisabeth Moss’s name is curiously missing. She had been part of the cast originally but it looks like she dropped out along the way. Here’s the synopsis:

THE OLD MAN AND THE GUN is based on the true story of Forrest Tucker (Robert Redford), from his audacious escape from San Quentin at the age of 70 to an unprecedented string of heists that confounded authorities and enchanted the public. Wrapped up in the pursuit are detective John Hunt (Casey Affleck), who becomes captivated with Forrest’s commitment to his craft, and a woman (Sissy Spacek), who loves him in spite of his chosen profession.

The Old Man and the Gun opens September 28th.